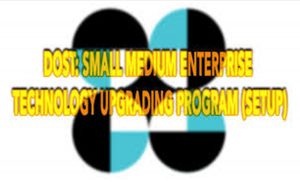 The Department of Science and Technology (DOST) is extending the moratorium of refund payment for the beneficiaries of the Small Enterprise Technology Upgrading Program (SETUP) given the extension of the Enhanced Community Quarantine (ECQ).

The extension will be for additional three (3) months from May-July 2020. This extension is our way of helping our micro, small, and medium enterprises (MSMEs) for the losses they have incurred, and continue to incur, during this pandemic health crisis.

SETUP is a flagship program and nationwide strategy of the DOST that aims to assist MSMEs through adoption of technology innovations to improve their operations and boost their productivity and competitiveness.

The National Council of Churches in the Philippines (NCCP) has asked President Duterte to prioritize mass testing for COVID-19 to determine who are sick and who are not.

NCCP said combating the pandemic should not be reduced to lockdowns and the shutdowns of farms and food processing factories and efforts must be undertaken to test as many people as possible.

“Based on President’s speech last Monday, the response of the government is still worrisome, if not severely inadequate. Instead of assuring the public, it raises more questions and uncertainty among our people. We expect better delivery of services to our kababayans, including effective, comprehensive and rights-based approaches and means in combating the disease, but where are these at present?” NCCP General Secretary, Bishop Reuel Norman O. Marigza asked.

“The battle with COVID-19 is a race against time, we cannot deal with this sitting down, and the soonest we get to test, trace, quarantine and isolate, the better. It is only then that we can effectively treat and monitor the rising number of people having the disease. With the public funds realigned and ready for use, this must be maximized for free and systematic mass testing for our people as one of the most practical and scientific ways in combating the disease. When we say mass testing for COVID-19, it means prioritizing testing frontline workers and members of communities where there are already confirmed cases,” Bishop Marigza said.

“It is in our prayers that the locally-developed test kits for COVID-19 be made available for mass testing as soon as possible. The availability of these kits is our hope for early detection. Not only are these cheaper and more accessible, they could also yield results faster. Rapid mass testing can give us fair chance of controlling the rising numbers of those infected with COVID-19 in the country,” he added.

“We continue to reiterate the WHO’s six point actions, and that is to expand, train and deploy health-care workers, implement systems to find suspected cases, ramp up production of tests to increase availability, to identify facilities that can be transformed into coronavirus treatment centers and to develop plans to quarantine cases,” Marigza stressed.

The Department of Science and Technology (DOST) announced that at least 120,000 locally–developed COVID-19 test kits will be available on April 4.

Field testing for these kits was expected to be finished on April 1.As of March 31, the total number of confirmed COVID-19 cases jumped to 2,084, according to Department of Health (DOH.) “Free mass testing will save lives, Mr. President,” Marigza concluded.By MARVYN N. BENANING

Assistant Minority Leader and ACT Teachers Rep. France Castro has scored the violent dispersal and arrest of 10 residents in Sitio San Roque, Barangay Pag-asa, Quezon City who were appealing for food packs and relief from the government.

Castro demanded the fast-tracking of the Emergency Subsidy Program and other social amelioration measures for the poor and families hardest-hit by the locksown.

“We condemn in the strongest terms the unconscionable and violent dispersal and arrest of urban poor community residents who were just demanding urgent action from the government amid this dire health and economic crisis. The 10 residents of San Roque should immediately be released and all charges against them should be dropped. It is not a crime to demand for aid from the government during this crisis. On the other hand, It is the responsibility of the Duterte administration to provide socio-economic relief to the hardest-hit families during the enhanced community quarantine where work and transportation is suspended,” Castro said.

“It has been three weeks since the Duterte administration implemented the Luzon-wide enhanced community quarantine. Many communities like San Roque have yet to receive food packs and other social amelioration measures from the government which prompted them to protest and demand for their rights. Napakabagal na nga kumilos ng administrasyong Duterte sa mga pangunahing pangangailangan ng mamamayan para mabuhay sa gitna ng Enhanced Community Quarantine, dinadahas pa at inaaresto ang mga nanawagan para sa agad nang maibigay ang ayuda ng gobyerno dahil nagugutom na ang kanilang mga komunidad,” she added.
“The Duterte administration must fast-track the delivery of Emergency Subsidy Program from the Department of Social Welfare and Development and other socio-economic measures of the government. The National Food Authority should already have a massive procurement of bigas to be distributed to low-income households. These are steps that the Duterte administration should have done weeks ago to prevent its people from dying of hunger,” Castro added.
“We also warn against using incidents such as the San Roque protest as a pretext to extend the enhanced community quarantine or worse, declare martial law. The Duterte administration only has itself to blame for the worry, uncertainty and anger of the people because it has failed to implement emergency actions even after giving itself emergency powers. Far from more repressive measures like extension of ECQ or martial law, the Duterte administration should prioritize medical solutions and ensure urgent socio-economic relief for the people especially the poor. Kung hindi pa rin gawin ng administrasyong Duterte ang panawagan ng kaniyang mamamayan na solusyong medikal at ayuda para labanan ang COVID-19 imbes na tumitinding pandarahas, mas maraming mamamayan ang tuluyang magagalit at lalaban para sa kanilang mga karapatan,” Castro argued.By MARVYN N. BENANING