AN Alarming incident occur last September 26, 2017 when a lady pharmacist was brutally killed using an improvised shotgun or ” sumpak” inside her drugstore/ residence at Bgy. Muzon in San Jose Del Monte City, Bulacan.

Lady Pharmacist  Loigene Geronimo, 40, married with two children presently residing at this city was shot dead point blank by an unidentified assailant which according to the Philippine National Police is still at large.

Simultaneous with the burial of Geronimo this October 3, 2017  in Bulacan, officers of the Philippine Pharmacists Association Inc.( PPhA) composed of 18,000 member conducted a press conference at their office in Manila and made a public pronouncement condemning the brutal death of Geronimo entitle ” Hindi Bala, Reseta! seeking justice for the deceased colleague.

The RA 10918 or The Philippine Pharmacy Act prohibits the selling of medicines like antibiotics without doctor’s prescription and according to the group it was the only time that someone dies while following the law.

The incident served as both an eye opener and a challenge to the group to continue advocating for public awareness of the newly crafted law to all their 88 local chapters in the country.

The noble intention of Geronimo following the letters of the law went to the point of taking her life.

Aimed also at protecting the patient  from the risk of anti microbial resistant which is also the  moved of the World Health Organization and the International Pharmacists Association from which PPhA has closed engagement.

The dilemma is that people were not as aware of the negative impact of overdose of antibiotics for it is a chance for the body to be immune much worst is to come to a point where antibiotic can no longer be a protection for bacteria or micro- organism.

Legitimate abuse of over the counter drugs not only illegal drug will need the attention of President’s Rodrigo R. Duterte and PNP Director General Ronald dela Rosa in their campaign on drugs.

Raising the said issue on the said Press Conference according to Robles is that the Pharmacist should be recognized as a Health care Professional not just an ordinary sales person.

Some of the pipeline program of the PPhA are that the Pharmacist involvement in voluntary immunization in communities as part of the law, Another is on Disaster Management because usually in calamities, wrong intake of medicines which are gone to waste and /or expired like those from the Typhoon Yolanda, Robles added.

Ocampo uttered for drugs to be prescribed by doctors and that Loi’s example being an eye opener would not be in vain. (MJ Olvina-Balaguer, 09053611058, maryjaneolvina@gmail.com ) 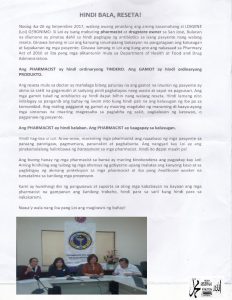 The Monetary Board approved enhancements to the prudential reporting requirements in order to strengthen oversight of banks’ real estate and project finance exposures. The reportorial enhancements form part of BSP’s macroprudential toolkit and are being deployed to sharpen the BSP’s assessment of banking system exposures to the property sector.

Under the new guidelines, covered banks shall report granular information on their real estate loans to mid- and high-end housing units, in addition to socialized and low-cost housing.  Moreover, covered banks shall now report commercial real estate loans as to the underlying commercial project being financed such as residential units, office buildings, malls and factory/plant facilities.

Universal and commercial banks (U/KBs) shall also be required to submit a new Report on Project Finance Exposures which shall include information in terms of type of infrastructure project and project phase.  This report will enable the BSP to obtain a better grasp of the extent and quality of U/KB exposures to project finance, especially since demand for project finance is expected to increase and gain further traction as the country moves towards achieving its infrastructure goals.

The new reports shall be implemented starting with the quarter-ending 30 June 2018.  Prior to this, a pilot run submission shall be made for the reporting period ending 31 March 2018.  For the pilot run submission of the revised Expanded Report on Real Estate Exposures for the quarter-ending 31 March 2018, this shall be made in parallel with the reportorial template of the Expanded Report on Real Estate Exposures issued under Memorandum to All Banks M-2012-046 dated 21 September 2012.

The enhancements to banks’ disclosure requirements aim to further dimension risks faced by banks on their real estate and project finance exposures.  A deeper understanding of these exposures will improve the quality of BSP’s financial surveillance process as well as enable the BSP to adopt calibrated policy measures that shall be targeted only towards areas that warrant supervisory action. 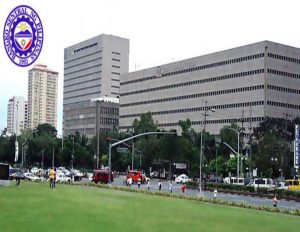