Around 800 members of the city’s senior citizen community came to the 4-hour event highlighted by a singing competition. At least 20 vocally talented senior citizens participated in the contest and performed songs from the yesteryears.

Anselmo Espina of Barangay Graceville wound up as the day’s big winner, with Sonny Paredes and Elizabeth Dela Fuente finishing in second and third place respectively.

Prior to the competition, the Federation of Senior Citizens Association of the Philippines awarded a citation certificate to SM City San Jose Del Monte for its utmost support to the city’s Office of Senior Citizens Affairs and their projects. Arch. Dang Estrella, SM City San Jose Del Monte’s Mall Manager, received the certificate on behalf of SM Supermalls. 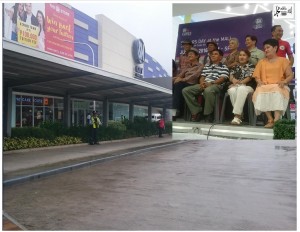 PROBLEM SOLVED. The aftermath of a heavy downpour on July 11 proved that the drainage works piloted by SM City San Jose Del Monte in the affected area of Quirino Highway had stopped rainwater from accumulating on the roadsid

Although minor and temporary, this was recognized as a concern by mall management because of how it affects customers, commuters, and residents of San Jose Del Monte.

In a continuous effort to be of service to the community, SM City San Jose Del Monte took the initiative to solve the issue.

On the evening of June 14, 2016, drainage works began across Quirino Highway, fronting the affected area of the mall. The project was completed in just three days (June 17) and has already seen dramatic improvements since.