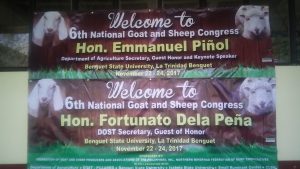 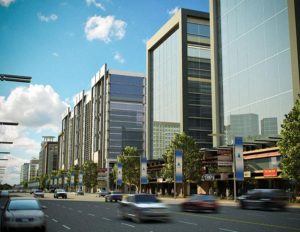 THE ENTERTAINMENT CITY STORY:Extending From Nothing To Something

ABOUT a decade or so ago, patches of a negligible waters several meters from portions of the historic Manila Bay emerges an important piece of prized real estate.

A construction firm headed by a visionary and trailblazing chair aimed at establishing an ambitious investment hub without costing a single cent from the government.

Genuine private sector initiative then now is the the present ASEANA City. Filipinos from Metro manila and nearby provinces can reap the bounties of its development through business and job opportunities .

The priorities are residents of Paranaque and on its adjacent Barangays and on its tourism side nowadays it has been hailed as the “New Macao” or simply nicknamed “The Entertainment City”.

Casino-Hotels Such as the World Famous City of Dreams, OKADA, SOLAIRE to name a few, office buildings for Business Process Outsourcing (BPO) and several residential condominium units has been erected even the Passport Division of the Department of Foreign Affairs (DFA).

It is an imaginable feat before looking back what once a part of the Sea and now a valuable and important piece of real estate.

In the advent of the continuing progress of ASEANA City, tax payment from Php. 0.00 to Php. 5 Billion benefits the City of Paranaque. It also benefited the Regime of past LGU heads of the city like Marquez, Olivares and Bernabe according to the current Information Officer of the City, Mr. Mario L. Jimenez.

Backtracking the story of ASEANA City, its owners, the Wenceslao Group of Companies was deprived of Tax Amnesties because of some court issunes while the original title is still in the waters of Bgy. Tambo with is 3000 Php. Per square meter.

The city assessor charged them before of 12,000 pesos per square meter which was the tax rate of Bgy. Baclaran. In view of this, the Supreme Court promulgated 56 pages of decision to Paranaque giving back the excess payment in a form of tax credit which entitles tax relief for Wenceslao.

It is in the hands of the present Paranaque City Chief Executive to deceide whether the matter should be forwarded to the City Legislature or the City Council who will make the resolution giving the 50% tax credit to the Wenceslao Group.

Part of the controversy is “trust fund” Wenceslao Group has paid the city treasurer amounting to 900 Million Pesos which by now is no where to be found and those that are allegedly responsible for making that so called “trust funds” are the regime of Marquez and Bernabe. (MJ Olvina-Balaguer, 09053611058, maryjaneolvina@gmail.com)

Baguio City- November 22 to 24, 2017 the recently concluded small ruminant congress initiated by the Department of Science and technology’s- Philippine Council for Agriculture Aquatic and natural resources research and Development about anything and everything on small ruminant or simply put “goat’s and Sheep” is a resounding success.

No doubt that in other country’s, meat, milk and wool from these animals are considerably an expensive commodity. Held at the Beguet State University and attended by goat producers, association of goat and sheep producers in the north, the gymnasium is jampacked with backyard growers eager to learn more about their goats and sheep.

In the olden times, farmers just leave their goats outside to feed on the greens but Dr. Orden of the Central Luzon State University innovated what once was a typical goat feed now being pelletized and portable. The technology is being offered to farmer cooperatives. Sheeps wool is still an expensive commodity nowadays so the science and agriculture departments here in the Philippines has taken an extra mile in introducing technology so textile producer need not resort to patronizing synthetic fibers while on goats, technology on proper handling and shelf life of mead being canned or distributed in the market has taken a step higher also with state-of-the art packaging of goat milk at par with that of the cow or carabao.//michael n balaguer