OF all the interviews taken on about five episodes on DZMJ    Online, the King and Queen of the Royal Imperial Lupah Sug    Islamic United of Sulu and North Borneo, the following        content is deem important either for the Philippines also  for Malaysia and Indonesia. A part of their releases is as follows

Finally the lost Kingdom of Lupah Sug has been restored and   proclaimed and the new governance is in effect upon the first flag raising of the Federal Republic of Lupah Sug and the     singing of the National Anthem, together as raised with the   Flag of the Royal Imperial Lupah Sug Islamic United Kingdom   of Sulu and North Borneo and the Republic of the Philippines  Flag.

The Substance as itemized below. 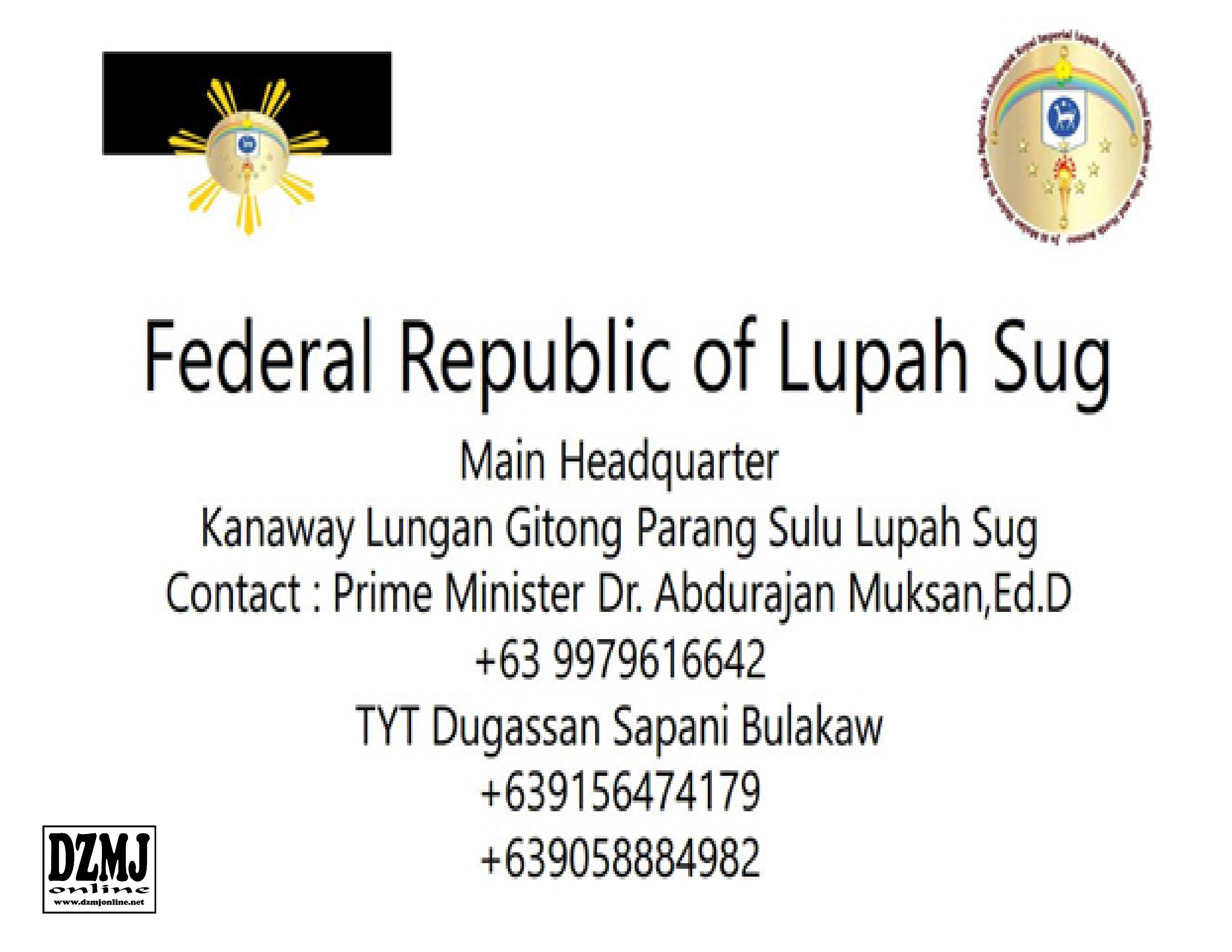 I returned the Grandson of Jamalul Kiram to his Birthplace in Parang Sulu Lungan Gitong, I started from finding the roots so now i come back to the same grave bringing the truth and that justice shall be served.
I pray that those that claim as Kiram and As Bataraza must know the power of this grave of Shariff Jamalul Kiram, Those claimants coming from Bulacan to Caravan 100 buses sponsored by Hji Murad and Armm by pushing BOL must rethink the Curse that our forefathers can do. Using Abdurajak and Hasan blood would never make you win. Allah knows how you fall. .” Queen Maria Makiling Helen Fatima Nasaria Panolino Abdurajak says

Other pronouncements had been made initially before the flag raising posted on their facebook page. ///to be continued.///abdul malik bin ismail, abdulmalikbinismail6875@gmail.com, 09333816694 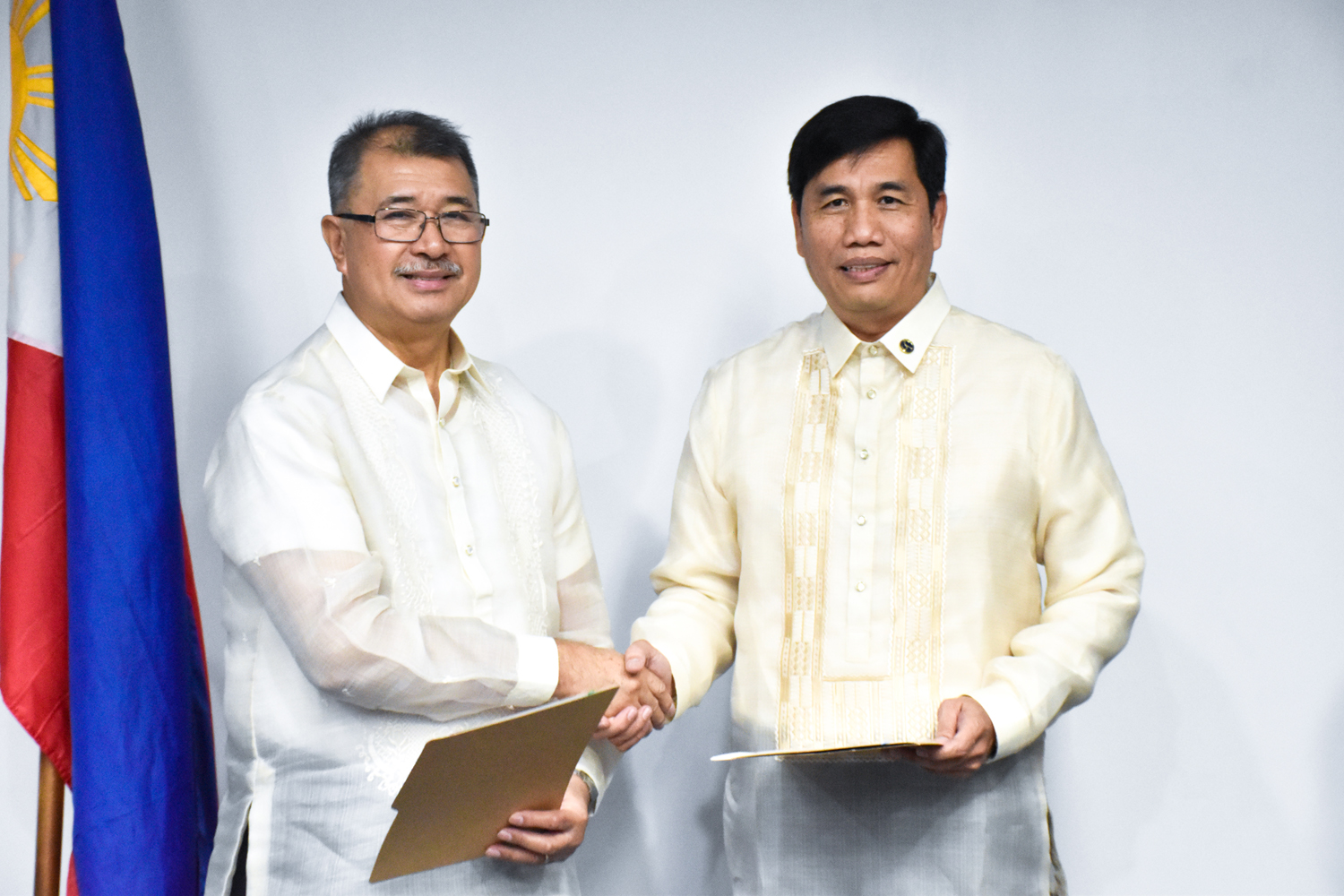 DOST-PCAARRD exec installed as deputy executive director
Dr. Melvin B. Carlos, former Director of the Technology Transfer and Promotion Division (TTPD), has been formally installed as the new Deputy Executive Director of the Philippine Council for Agriculture, Aquatic and Natural Resources Research and Development of the Department of Science and Technology (DOST-PCAARRD). Dr. Carlos took his oath with DOST Secretary Fortunato T. dela Peña at the DOST main office on December 13, 2018.
As the Deputy Executive Director for Administration, Resource Management and Support Services (ARMSS) Cluster, Carlos is tasked to lead in the coordination of planning, programming, monitoring, and evaluation of S&T support activities such as general administration, institution development, resource management, strategic communication, management information system, and policy. Carlos has served as the Officer-in-Charge of the ARMSS Cluster since October 17, 2017 until his formal appointment as full-fledged Deputy Executive Director for ARMSS.
In 2011, Carlos led the TTPD as its Director and served concurrently as Officer-in-Charge of the Applied Communication Division from January 2014 to February 2015.
Carlos started his career at PCAARRD in 1983 as Science Research Assistant in the International Projects’ Division. After taking his MS at the University of the Philippines Los Baños, he returned to the Council as Project Manager of the World Bank-funded Agricultural Support Service Project (ASSP-TG). He took up his Ph.D. in Economic Geography from Simon Fraser University, British Columbia, Canada.
Carlos brings to the Council his experience from regional and international R&D Centers, having worked at the Southeast Asian Regional Center for Graduate Study and Research in Agriculture (SEARCA), Winrock International, WorldFish Center, International Fund for Agricultural Development (IFAD), International Rice Research Institute (IRRI), Asian Development Bank (ADB), and International Development Research Center (IDRC).
Aside from serving R&D institutions, Carlos taught at three universities – at the University of British Columbia and Simon Fraser University, both in Canada, and the University of the Philippines Los Baños (UPLB).
Carlos acquired his Career Executive Service Eligibility in 2014. He is currently the Vice President of the Philippine Association of Research Managers (PhilARM), National Vice President of the Philippine Association of Agriculturists (PAA) and President of the Philippine Agricultural Economics and Development Association (PAEDA) (Rose Anne M. Aya, DOST-PCAARRD S&T Media Services).
xxx 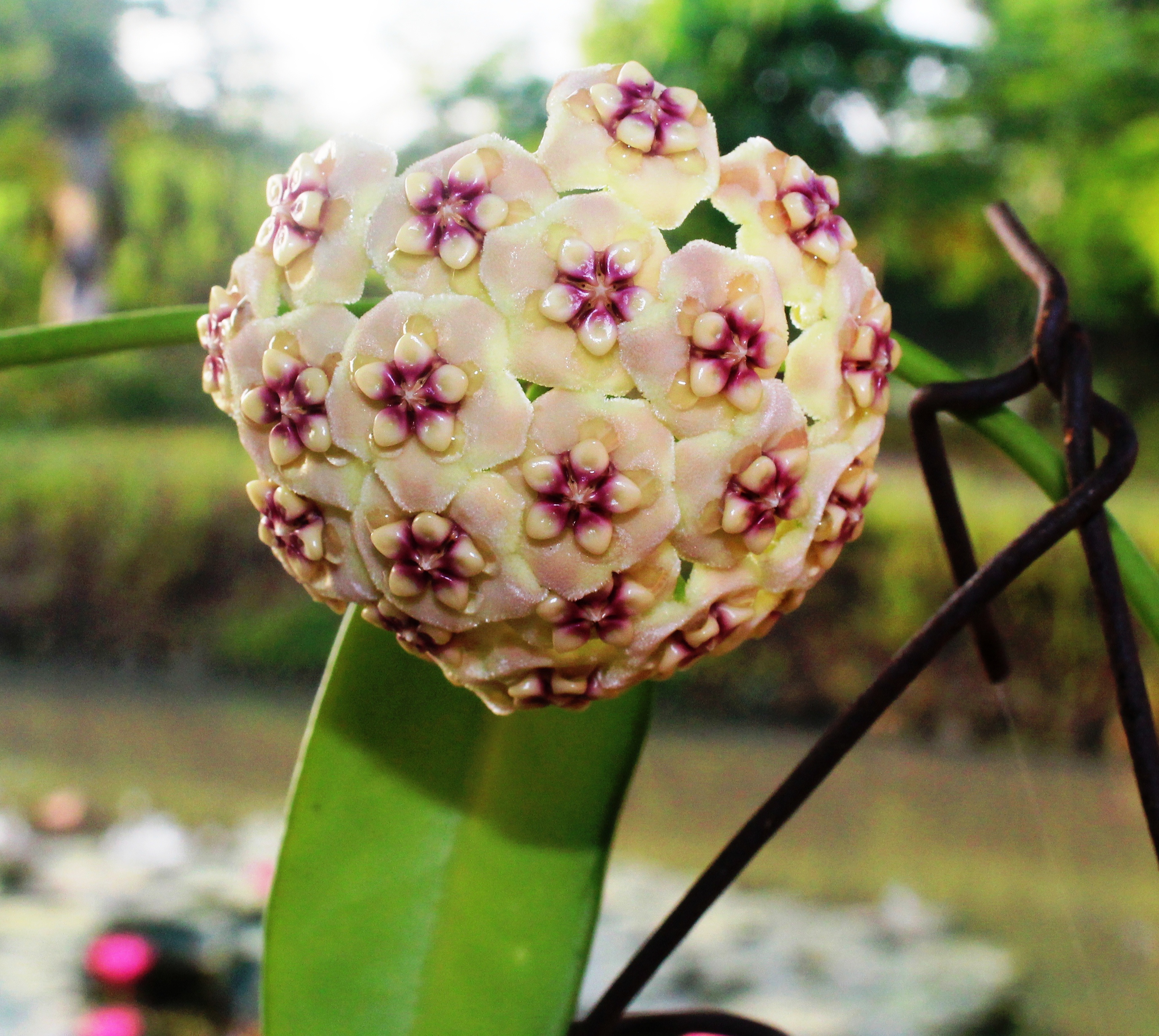 Known for its ball-like cluster of waxy flowers, the Hoya plant is a favorite among many flower enthusiasts especially in Asia. And although there is already a great variety of officially recognized Hoya plants, a new subspecies was recently discovered by botanists from the DOST-Forest Products Research and Development Institute (DOST-FPRDI).

Conda explained the process of discovery: “Our team collected cuttings of the plant from the Quezon Protected Landscape in 2012. Immediately after the first flowers bloomed, we sent samples for examination to Dr. Dale Kloppenburg, a renowned Hoya expert from the United States. He then confirmed that it was a new subspecies, which showed several similarities with Hoya meliflua Blanco ex Merr. but with some notable differences. Results were published in Hoya New, a publication devoted to studies about Hoya, and listed in the IPNI.”

According to her, the calyx lobes (sepals) of the new subspecies are tongue-like and long, as compared to the broadly oval to oblong of the Hoya meliflua Blanco ex Merr. Its corolla lobes (petals), meanwhile, are elongated and have serrated edge, in contrast to the latter’s broadly triangular lobes.

“Of the 109 Hoya species recorded in the country, 39 species and 3 subspecies are found in Quezon province. It is no wonder that another subspecies was uncovered in the same area,” explained Conda.