Attended by Chairpersons, Consortium Directors, and PCAARRD Directorate, the meeting was held at the RD Guerrero Hall, DOST-PCAARRD Innovation and Technology Center on January 31, 2019.

The RRDCC is composed of the heads of the different consortia, each of which is dubbed as the PCAARRD in the regions. It is the policy-making body tasked to lay down polices and guidelines and approve long term consortium plans.

“With this meeting, we hope that we will be able to launch programs that will not only be relevant to national programs but will also be relevant to the region,” Ebora said.

Ebora also challenged the RRDCC towards the crafting of plans and activities that are not routine and to be more visible in implementing R&D activities (Ricardo R. Argana, DOST-PCAARRD S&T Media Services). 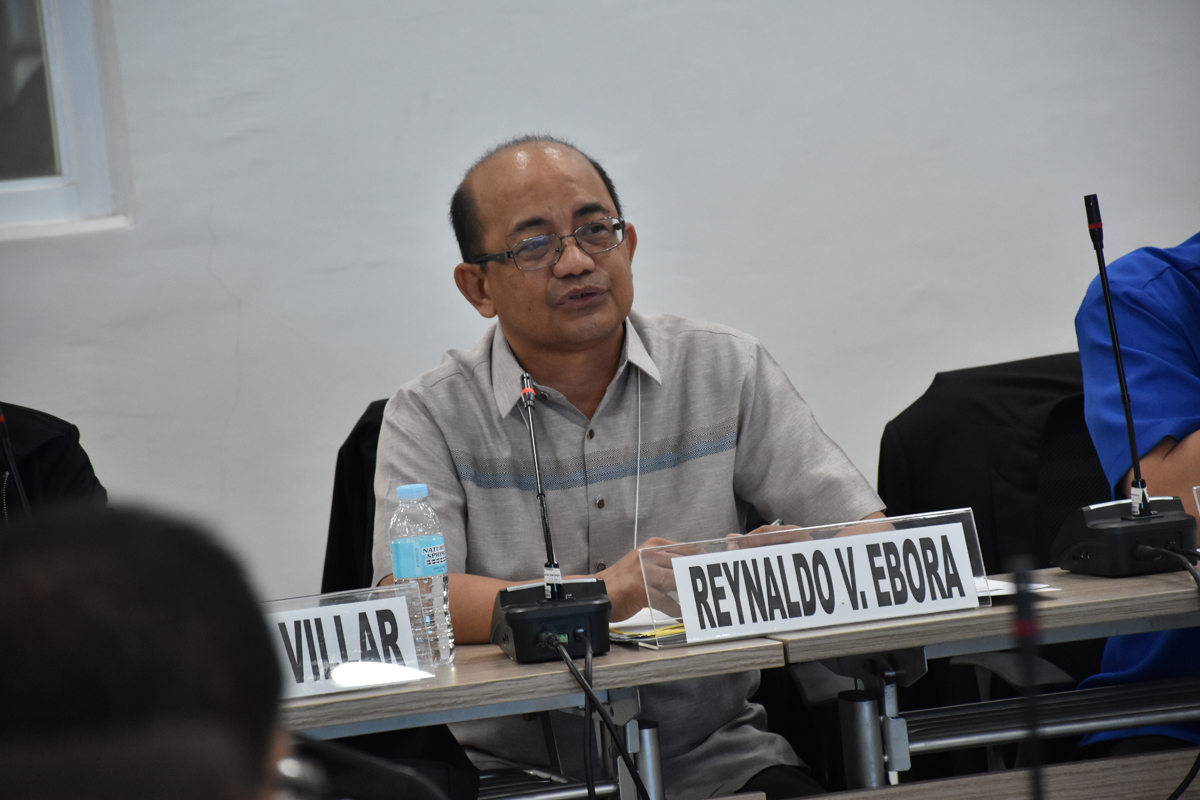 Former Regional Research and Development Coordinating Council (RRDCC) Chairpersons and Consortium Directors of the different consortia organized by the Philippine Council for Agriculture, Aquatic and Natural Resources Research and Development of the Department of Science and Technology (DOST-PCAARRD) were recognized today at the Joint RRDCC Chairpersons, Consortium Directors, and PCAARRD Directorate’s Meeting.

The meeting was held at the DOST-PCAARRD Innovation and Technology Center (DPITC), Los Baños, Laguna.

The RRDCC is the policy-making body of the consortium and is composed of the heads of the member agencies. It lays down policies and guidelines and approves long term consortium plans as well as approves and endorses to PCAARRD the regional integrated R&D program.

Dr. Prima Fe R. Franco of the Mariano Marcos State University (MMSU) was recognized for being the RRDCC Chairperson from June 2015 to September 2017 of the Ilocos Agriculture and Aquatic Resources Research and Development Consortium (ILAARRDEC) and its Director from September 2014 to September 2017.

Former Southern Tagalog Agriculture, Aquatic and Resources Research Development and Extension Consortium (STAARRDEC) Director Dr. Edna DA. Vida of Cavite State University was recognized for her leadership and support to the Consortium from January 2011 to November 2018.

Dr. Maria Luisa R. Soliven of the Central Mindanao University (CMU) was recognized for her leadership and support as RRDCC Chairperson of the Northern Mindanao Consortium for Agriculture, Aquatic and Natural Resources Research and Development (NOMCAARRD) and as its Director from June 2011 to December 2018. Dr. Maria Estrela B. Detalla, current NOMCAARRD Director received the award on her behalf.