The activity is in connection with the 40th Anniversary of the Philippine-China Diplomatic relations held last March 4 2015 at the Tanghalang Nicanor Abelardo of the Cultural center of the Philippines.

Several personalities from politics and the arts went to attend and participate in the said event including Senators Cynthia Villar and Ferdinand Bongbong Marcos Jr., also present are members of the Diplomatic Corp including Minister Counselor Toto Waspodo of the Republic of Indonesia, First Secretary of the Socialist Republic of Vietnam Duong Dinh Chien with Political Counselor Tshireletso (Tshire) Kau of the Embassyo of South Africa in the Philippines.

Also present are members of the Filipino Chinese Chambers of Commerce and Industry Inc. represented by Mr. Albino Sy with the messages of the National Commission for Culture and the Arts Chairman Hon. Felipe M. de Leon Jr. and the Ambassador of the Peoples Republic of China, H. E. Zhao Jianhua.///michael balaguer 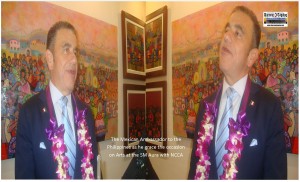 DIFFERENT artworks from various local and foreign artists converged at the SM aura in Taguig recently to display paintings, sculpture and other visual arts spearheaded by the Manila Arts Gallery in cooperation with the National Commission for Culture and the Arts and graced by the Taguig Local Government Unit and members of the Diplomatic corps.

On display were several masterpieces done with all sorts of both indigenous and non-indigenous materials like shells, wood, acrylic, steel and plastic. Works by Filipino artists based in regions such as Latin America are exhibited and fully supported by the ambassadors from which country they worked on.

www.diaryongtagalog.net interviewed several members of the diplomatic corps present like the Chilean Ambassador HE. Luis Lillo B.and wife Toni; Hon. R. Toto Waspodo from the Embassy of the Republic of Indonesia; Hon. Christian Hue, Head of Chancery of the Embassy of France and Mexican Ambassador He. Julio Camarena.

Also present in the event is Taguig City Mayor Ma. Laarni L. Cayetano which was very thankful that such an important cultural event is being held in her city, another art aficionado who graced the event is pawnshop mogul and Bulacan 4th District Congressional Representative Hon. Linabelle Ruth Villarica./// Mary Jane Olvina-Balaguer with Videos and Photo by Michael Balaguer


Meanwhile, Bulacan 4th District Congressional Representative and Pawnshop Mogul Hon. Linabelle Ruth Villarica in an interview with www.diaryongtagalog.net in the said event at the SM aura also says that she has plans on reviving the jewelry inustry in the City of Meycauayan, one of the 3 cities of Bulacan included in her district.

The lawmaker says that the artistic and innovative designs of th entrepreneurs in Meycauayan is a vital ingredient in the province’ inclusive growth in terms of revenue and popularity. Today, the city of Meycauayan is an industrial hub comprises of real estate development and factories hat caters not just for Bulakenyos but for anyone residing near its borders including Valenzuela City, Marilao, San Jose Del Monte City and Obando.

Mexico has always been a part of the Philippines, historically and culturally. In the colonial period, the gallon trade is from Mexico to the Philippines and both are just provinces of Spain hence the Philippines is just a part of Mexico then so both cultures are inter twined now according to the interview conducted by www.diaryongtagalog.net with Mexican Ambassador H.E Julio Camarena in the above video while both the French and Indonesian Envoys admire the works of Filipino artists now living in Mexico like Artist Manny Baldemor  and several others.///michael balaguer 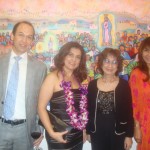 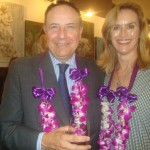 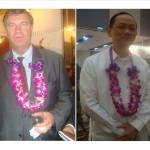 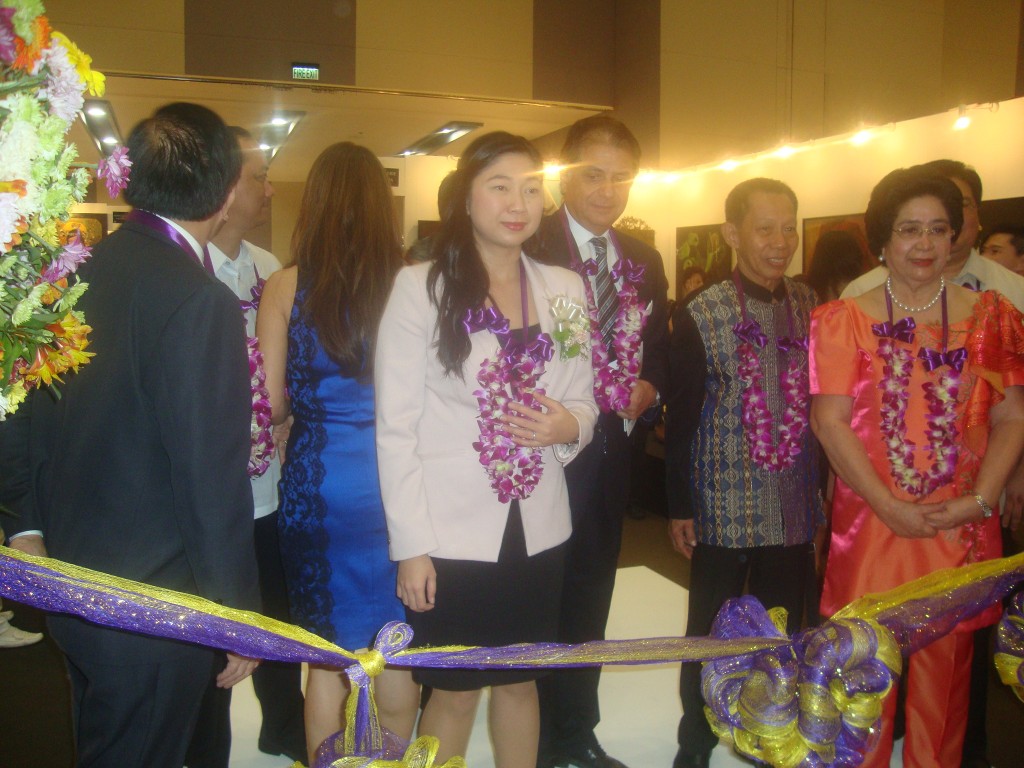