Senior high school graduates who are seeking employment are encouraged to visit the special job fair organized by the People Management Association of the Philippines (PMAP) with the full support of the Department of Labor and Employment. In partnership with the Department of Education (DepEd) and the Philippine Business for Education (PBED), the job fair will take place on July 9 and 10 from 10AM to 5PM at the Midtown Atrium Robinson’s Manila.

The special job fair aims to provide the youth with a springboard to explore the different employment opportunities that will be available to them. Jobseekers are encouraged to visit https://werk.ph/k12-jobfair to pre-register and take the online assessment. They are also advised to bring their updated resume and high school identification card (ID) or any proof that they are a senior high school graduate.

To measure the competencies of the fresh graduates, the job fair will feature an assessment of their competencies in terms of Intelligence Quotient, Numerical Aptitude, Personality or Behavioral Test, Values Test, among others. There will also be free career talks on the ollowing topics: How to Make a Good Resume, How to Conduct Yourself During Interviews, Professionalism and Personality Branding, What Recruiters Look for when Hiring Fresh Graduates, and Tips for Young Professionals on Starting Their Career.

DepEd estimates that of the more than 1 million senior high school graduates nationwide, 60 percent will pursue college education while the remaining 40 percent will be looking for jobs immediately. From aldm of DOLE.

The labor department has started releasing its comprehensive package of assistance to around 10,000 displaced Boracay workers to help them cope with the adverse economic impact of the island’s rehabilitation.

“We have so far provided assistance to around half of the total number of profiled affected workers in the formal and informal sector. DOLE will continue to reach out to other affected workers for them to avail of the available assistance and reach our target of providing aid to over 20,000 profiled workers,” Bello said.

During the event, which is the third tranche of the payout, 636 workers-beneficiaries received their salary under the TUPAD program while 500 BEEP-AMP beneficiaries receive their cash cards. Under the BEEP Adjustment Measures Program (AMP), displaced regular employees can receive P4,200 monthly financial support for six months while retained workers who do not receive regular wage can receive P2,102.75 monthly cash aid for three months.

Various assistance programs are also lodged under the BEEP to address the needs of affected workers and MSMEs, including the administration of appropriate social preparation, livelihood and training programs, as well as the provisions of grants and loans to prepare the island and its people for its re-opening. On the other hand, the TUPAD program for the informal sector provides emergency employment in the form of 30-day community work with a salary of P9,700 per beneficiary.

Meanwhile, Bello said DOLE is relaxing the requirements for those qualified to avail of the assistance by submitting their duly accomplished BEEP AMP Application Form; photocopy of certificate of employment; and photocopy of any government-issued ID. Orientation on the guidelines and application for availment are  still ongoing to reach out more affected workers who have not yet applied for the program. From Abegail De Vega of DOLE

Labor Secretary Silvestre Bello III on Monday urged the Philippine Long Distance Telephone Company (PLDT) to comply with the order to regularize more than 7,000 workers from its contractors, saying the labor department’s compliance order is already final and executory.

“The order is to regularize all of more than 7,000 workers which were outsourced by the contractors because they are found to be labor-only contractors. The job, work or services of the workers are necessary and desirable to the business of PLDT, hence they should not be outsourced,” Bello said.

Aside from encouraging PLDT to submit a regularization plan, Bello expressed hope for the telecommunication company’s compliance on the order adding they will also set a meeting with the company executives to further explain the extents of the order.

“I told them already to propose their regularization plan and submit it to us. We are willing to consider. I’m sure that PLDT is also a law-abiding company. We will have a meeting with them to clear all the legal extent of the order,” the labor chief said.  On April 24, Bello issued an order to regularize 7,306 workers of PLDT and has denied PLDT’s motion for reconsideration on its resolution issued last

January 10, 2018, directing the company and its contractors to grant their employees regular employment status and pay workers’ monetary benefits amounting to P 51.6 million. From Paul Ang of DOLE

For three weeks in a row, the PhilJobnet, the Department of Labor and Employment’s internet-based job and applicant matching system, ecorded once more a high demand for production machine operator. As of July 4, 2018, the Bureau of Local Employment (BLE) monitored 6,203 vacancies for production machine operator, which was followed closely by vacancies for call center agents at 5,236.

It can be recalled that vacancies for production machine operators topped the list of job openings at PhilJobnet in the third and fourth week of June. Other top occupations are for salesman – 1,281; customer service assistant – 865; cashier – 846; domestic helper – 69a; staff nurse – 463; sales associate professional – 405; teller – 363; barista – 360; household attendant – 347; and public health nurse – 297.

There are also vacancies for sales clerk – 265; promo salesperson – 265; non-formal education teacher – 260; bagger – 255; driver – 250; delivery driver – 212; real estate salesman – 200; and food server – 190. PhilJobnet is a facility of the labor department that aims to fast-track the jobseeker’s search for jobs and the employer’s search for a workforce. Its centralized database is maintained by the BLE.

For more job vacancies and other employment facilitation services, job seekers and employers can log on at http://philjobnet.gov.ph/. They may also visit the Bureau of Local Employment at 6th Floor, BF Condominium cor. Solana & Soriano St., Intramuros Manila. They can also call the PhilJobNet Hotline at (632) 527-2543 Fax: (632) 527-2421. From aldm of DOLE

This year  theme “Gat Blas F. Ople: Dakilang Lingkod Bayan, Inspirasyon
ng Mamamayan”, the Provincial Government of Bulacan (PGB) spearheaded by
Governor  Wilhelmino M. Sy-Alvarado and Vice Governor Daniel R. Fernando has
prepared a commemoration program through the Provincial History, Arts,
Culture and Tourism Office.
He was born on February 3, 1927 in Hagonoy, Bulacan. His father Felix Antonio
Ople, a craftsman who repairs boats, and  mother Segundina Fajardo.
Senator Cynthia A. Villar will be the guest of honor in the celebration of the 91st Birth Anniversary of the great son of Bulacan, Blas F. Ople on February 3,
2018, 7 am, in front of the Provincial Capitol Building in this city.Thr authored the Labor Code of the Philippines and launched an
Overseas Employment Program wherein seven million Filipinos got
employed overseas thus made him recognized as the “Father of Overseas
Employment”.Ka Blas was a Filipino journalist and politician who held several
high-ranking positions in the executive and legislative branches of
the Philippine government including as Senate President from 1999 to
2000, and as Secretary of Foreign Affairs from 2002 until his death.He also fathered the National Labor Relations Commissions and National
Manpower and Youth Council.
Alvarado encourages all the Bulakenyos to participate in the said
event specially that the said date was declared Special (Non-Working)
Day by the virtue of Proclamation No. 399.
Among the guests who are expected to grace the event are Ople’s
children headed by Board Member Felix V. Ople of the First District of
Bulacan, BM Ayie Ople and other board members, PGB department heads and
employees, local officials, teachers, senior citizens and students. ( MJ Olvina- Balaguer, 09053611058, maryjaneolvina@gmail.com)

Ayon kay Tomoko Nishimoto, ILO Assistant Director General and Regional Director for Asia and the Pacific “The Philippines has made significant progress in developing legislation and policies that address challenges in the recruitment process, including the hiring of migrant domestic workers. It also has another sector, the seafarers, which provides a good model of practice to all, in that no recruitment fees are charged agaist the workers.” 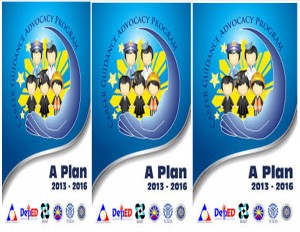 Other specializations that recent graduates may want to look into if they want readily available opportunities are Finance – General/Cost Accounting, Human Resources, Banking/Financial Services, Hotel Management/Tourism Services, and Marketing/Business Development.

On the other hand, fresh graduates looking for the most financially lucrative employment opportunities may find them in the field of IT. Five of the top ten specializations providing the highest starting salaries to recent graduates are related to IT. Topping this year’s list is IT/Computer – Hardware (fourth in 2014), which gives an average monthly salary of nearly Php24,000 for fresh graduates. Fresh graduates specializing in IT/Computer – Network/System/Database Administration, Technical/Helpdesk Support, IT/Computer – Hardware, and Corporate Finance are also above the Php21,000 monthly salary mark.

Only five out of last year’s top ten highest paying specializations made a return in this year’s report. Hotel/Management/Tourism, Customer Service, Banking and Financial Services, Public Relations/Communications, and Actuarial Science/Statistics had to give way to, among others, Technical/IT Sales and Electronics and Communications Engineering this year. 2014’s eighth highest paying specialization, Law/Legal Services, moved up to sixth, while Telesales/Telemarketing (sixth in 2014) and Nursing/Medical Support (third last year) moved down to seventh and eighth, respectively.

“ESECELU filed for a motion for writ of execution before Atty. Tansingco, the voluntary arbitrator handling the case.  However, Atty. Tansingco is no longer in the NCMB’s roster of AVAs ever since he entered the government service a few years back,” ayon kay Ubaldo na kino-quote ang sinabi ni NCMB-RB8 Director Juanito Geonzon.

“Because the voluntary arbitrator can no longer execute the decision, Director Geonzon thought of requesting a sheriff from the NLRC to enforce it.  But he believed that this would be fraught with so many challenges and may further delay the settlement of the case,” dagdag pa niya.

“Nevertheless, Director Geonzon acted on the conviction that there could be a more immediate solution to the problem,” pahayag pang muli ni Ubaldo.

“In the interest of preserving labor-management relations and to prevent further delay, the parties were persuaded to a compromise during the first hearing. On the second conference, the parties executed an agreement,” pahayag ni Ubaldo.

“It is more prudent to implement the VA decision through amicable settlement.  Not only did it preserve working relations, it also spared the consuming public from the consequence of service disruptions,” ayon kay Atty. Jose Manuel Amancio, ESAMELCO’s general manager.

“We appreciate the efforts of NCMB for facilitating this compromise,” dagdag pa niya.

“Three of those 16 cases were settled in just one meeting,” pahayag pa nito.

“The four employees involved in the RFAs received a total of P26,500.00 as financial assistance,” ayon kay Ubaldo.

“Not only were were our conciliator-mediators in the NCR able to settle cases in three, two, and one conciliation meeting, RCMB-NCR OIC Aglibut reported that they have also settled a case on the spot,” pahayag muli ni Ubaldo.

“On the same date, parties mutually agreed to the amount of P11,800.00 as settlement to Salcedo’s claims,” ayon kay Ubaldo.

“Once again the NCMB has prevented an issue from turning into a work stoppage through the earnest efforts of our conciliator-mediator,” dagdag pa niya.

“I have been informed by Labor Attache Jimenez that the Philippine Embassy in Tel Aviv has re-activated the Philippine contingency plan for any emergency that could affect our OFWs. The POLO has reminded our OFWs in Israel to remain calm and vigilant,” pahayag ni Baldoz.

“The welfare and interest, as well as the safety of our OFWs in Israel, and in any country of destination for that matter, are foremost and takes the highest consideration in times of conflict, calamity, or turmoil. But I also call on our OFWs to cooperate with the government, refrain from unnecessary activities that may pose risks, and be on guard,” ayon kay Baldoz. (jane olvina)