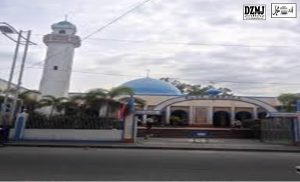 MANILA, PHILIPPINES-NONE other than Dr. Abdurahman Amin, M.D the Chairman of the Council of Elders on Maharlika Village in Taguig City and former Executive Secretary of the Autonomous Region in Muslim Mindanao (ARMM) and Sheikh Abdulrafih H. Sayedy the Grand Imam of the Blue Mosque and Cultural Center (BMCC), Diplomat and former Dean of the Institute of Islamic Studies at the University of the Philippines who wrote a letter of support and attesting the credibility of Mr. Jadjurie H. Arasa, the former Administrator of the Blue Mosque and Cultural Center to the office of the Department of the Interior and Local Government (DILG), the department who has the direct supervision to the National Commission on Muslim Filipinos (NCMF).
The two Muslim religious leaders wrote Secretary Eduardo M. Ano of the DILG last February 20, 2020 stating reasons why they support Arasa and why they say that instead of the NCMF unifying the Muslims, it served as a dividing factor instead.
According to the letter, Arasa was designated by former NCMF Secretary Mehol Sadain following procedures of proper consultation with the council of elders and representatives of the Jama’a of Maharlika Village.
He served under NCMF secretaries, Mehol Sadain, Yasmin Busran-Lao and Saidamen Pangarungan and the Chairman of the Muslim Consultative Council of Taguig also the Vice Chairman of the PNP Advisory council.
The religious leaders also added that Arasa was doing a good job as administrator and the private sector both here and abroad has his full support.
Likewise the said religious leaders urge the DILG to do something about Sec. Saidamen Pangarungan and Director Jun Dato Ramos for enticing division among the Muslim brethren through fabricated allegations among the Tausug youngsters saying that they are selling illegal drugs inside the Blue Mosque.
They said it was eight months from the date of turn over from Mr. Arasa to the Newly Appointed Administrator Mr. Bacarat from Marawi City.
During Arasa’s stint as Administrator, all Muslim tribes has been represented at the Blue Mosque, no minor or major tribe unlike the entirety of the NCMF under the leadership of Sec. Saidamen Pangarungan where the Maranao and his relatives hold key positions in the commission as quietly attested by his commissioners who has the same grievances and more.

One of the main benefactor of the Blue Mosque is none other than Sulu Governor Abdusakur M. Tan. He also help in Haj expenses as his sadaka and other charities involving Islam, another is the Sali Nudjang foundation. The Religious Leaders re iterate that it is not a “tribal” clash instead a clash between “right and wrong” bringing attention to the public about Pangarungan’s character assassination on Arasa to get the foreign contacts to side with them for them to get hold of the jakat for the rehabilitation and renovation of the Blue Mosque and Cultural Center,  capitalizing on Arasa’s moral ascendancy with the foreign Muslim brethren.
http://www.diaryongtagalog.net/kultura/ism/pamunuan-ng-ncmf-dapat-all-tribes-represented/, http://www.diaryongtagalog.net/kultura/ism/sabwatan-sa-haj-ng-ncmf-officials-lantad-na/ and http://www.diaryongtagalog.net/kultura/ism/kamag-anak-inkorporated-laganap-sa-buong-ncmf////Abdul Malik Bin Ismail, 09333816694, abdulmalikbinismail6875@gmail.com

Evicted by the NCMF Sec from Office due to unknown Reasons