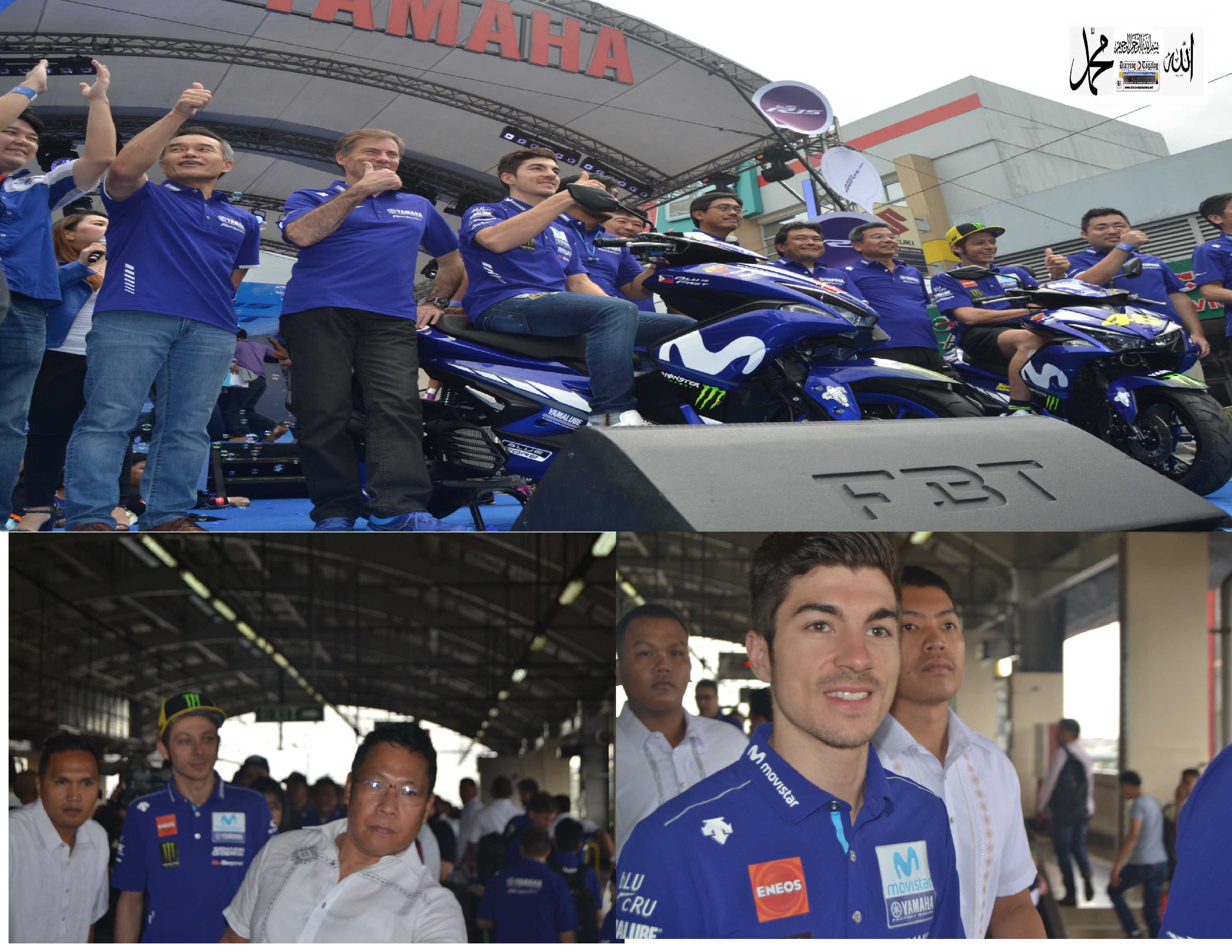 The come back of Racing stars Valentino Rossi and Maverick Vinales in Manila is with a twist as they commute and glance Manila by riding in the LRT in Valentine’s day and delighted Filipino riders.
Yamaha Motor Philippines Inc. (YMPH) partnered with the Light Rail Manila Corporation (LRT) created the Yamaha Monumento Station. It was a first own signature train and their own station that surrounded the designs of its latest campaign “We Are MIO”.
It started the journey from Roosevelt station with the MotoGP riders on a short ride. When they reached Yamaha Monumento Station they saw the huge transformation of the facility which was now filled with Yamaha’s designs.
Part of the launch ceremony was the unveiling of their Yamaha Star and they signed standees. Even though it was quick but an excited train ride, they were joined by members of the media including www.diaryongtagalog.net who captured and experienced the moment with the return of the international champion riders.
After, they’ve arrived at the Motorcycle Capital of the Philippines, 10th Avenue in Caloocan; 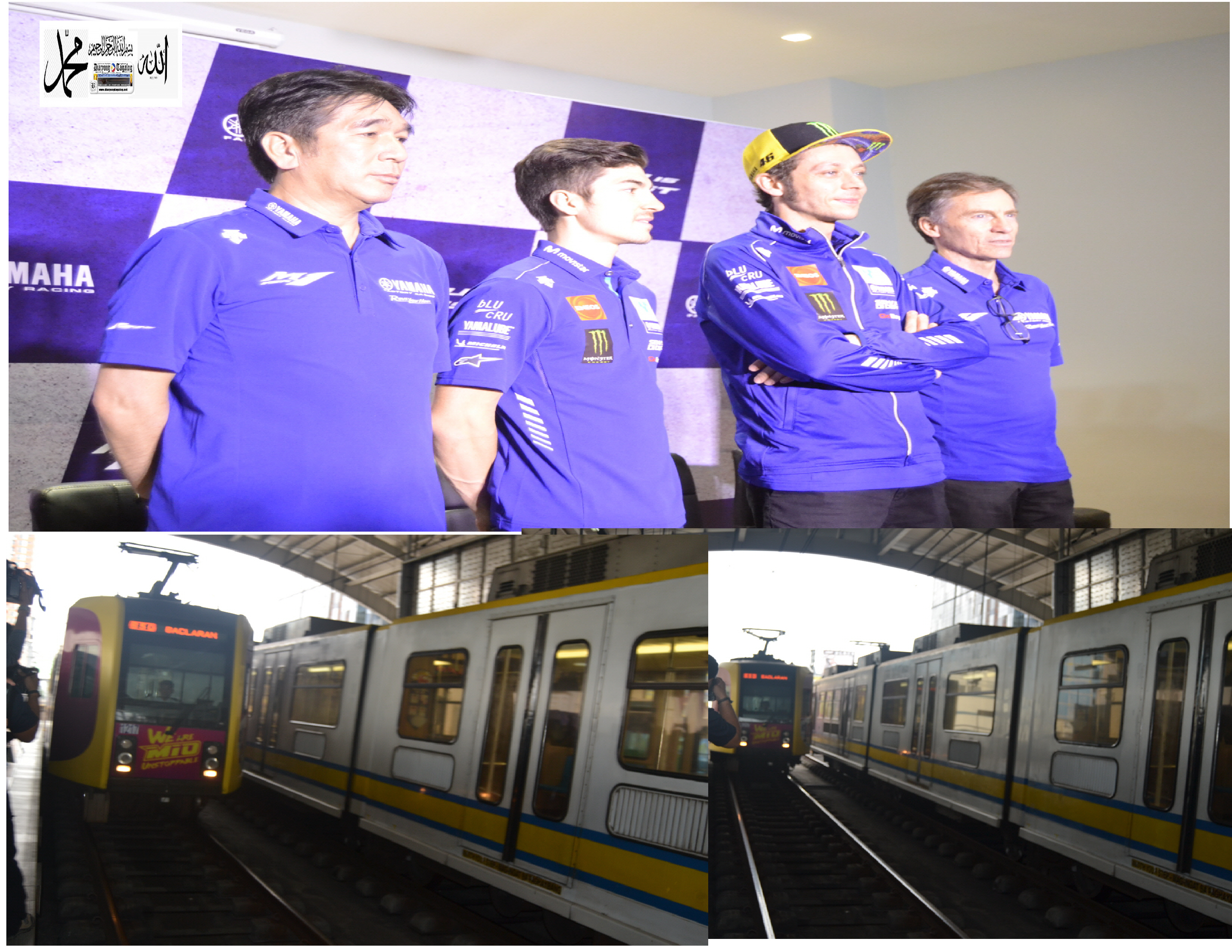 The haven that housed everything for riders in the country. The entire avenue which stretched out for 3 city blocks had its own pop-up festival to celebrate the arrival of the riders filled with energy of avid fans and enthusiasts.
Furthermore, its time to rev. Valentino Rossi and Maverick Vinales slowly ascended from under the stage to with roar of the crowd. An explosion of confetti, flashing lights, and cheers the entire avenue. The public appearance of the two riders was also the most intimate as they mingled.
They answered questions from Yamaha Club members which had element of fun and excitement. Showing support for the norm’s of racing in the Philippines, they awarded medals to the 12 qualifying riders for the Yamaha Grand Prix.
Because February is also is the National Arts Month an art contest was held giving opportunity for the fans to show their artistic love for the riders. The top 3 designs were recognized on stage with the artists smiling beside their heroes.
They also gave away signed shirts to lucky online contestants and stayed for a while to sign helmets and other items from the crowd.
Subsequently, after the morning activity at 10th Avenue, they joined the Yamaha Dealers for the ‘Be Unstoppable’ 2018 Dealers Convention in Seda Hotel. As icons for Global Racing Excellence and the faces of the ‘Blu is Fast’ Campaign, they were living testaments for the performance that Yamaha motorcycles provide.
Finally, they had press conference. They expressed how much they love going to the Philippines even if it was always a short stay. And they appreciated the hospitality they received from Filipinos who always supported the brand and their efforts in racing across the globe. As Vinales wish to have Filipino racer to join them in championship. (with Photos from Michael N. Balaguer and article by MJ Olvina- Balaguer, 09053612058, maryjaneolvina@gmail.com) 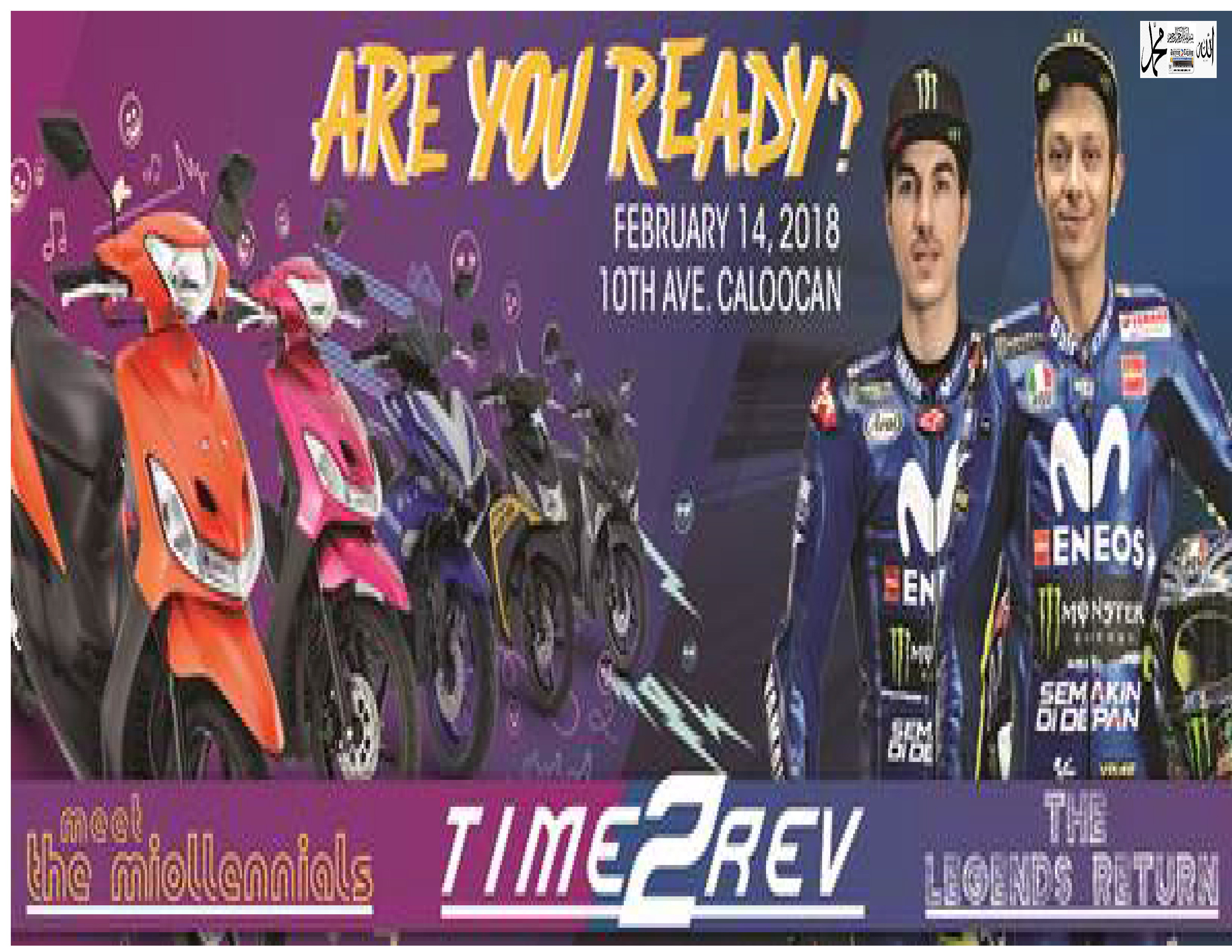