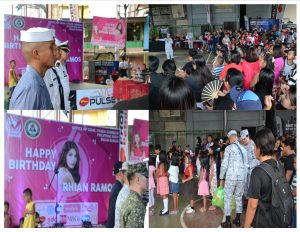 Reading stories and gift giving along with parts of giving eyeglasses and haircut courtesy of the Philippine Navy and the venue is in cooperation with City Councilor Chiqui Carreon.
Flock of children young and old went to the covered court of Barangay Gen. Tiburcio de Leon in Valenzuela City and the members of the media were invited by Actress Rhian Ramos’ Fan Club the “Cyberhians”. 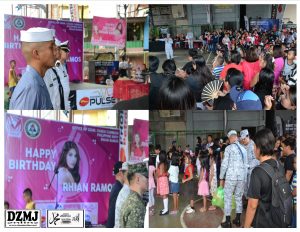 Rhian chose to spend her birthday with the children in the said barangay, she gave school bags and goodies to the children while her sponsors or the products she’s endorses was for the mothers and the rest of the women in the barangay.
Mr. Mike Lee was responsible for the school bags that was disseminated to the children for their schooling, they manufacture it while Cmdr. Nolasco of the Philippine Navy was responsible for the giving of eyeglasses given to the people and the barber who serviced haircut to the participants. 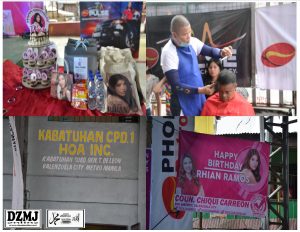 It was a sort of medical mission and civil military operation engaging the public so that they would know that their government is there for them. City Councilor Carreon, engage the youth as she belong to the said sector welcome Rhian as she celebrated her birthday even at the candle blowing of the birthday cake.
Ms. Ramos also read stories to the children and told them the moral of the story which is more connected on personal hygene. Also present was the members of the Valenzuela PNP and the Bgy Captain of the place.///Mj Balaguer, 09053611058, maryjaneolvina@gmail.com

PLEASE CLICK THE TITLE TO DIVERT INTO DZMJ ONLINE 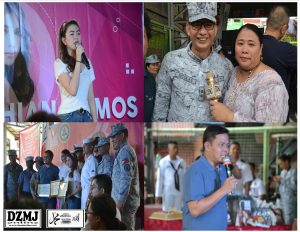 A Birthday for the Kids