Quezon City- Star studded environment held at Victorino’s Restaurant in this City with all nominee for the upcoming 66th Filipinp Academy of Movie Arts and Sciences ( FAMAS). On the interview of DZMJ Online Radio to Ms.Francia Conrado, President of FAMAS this is the first time to have a nominee victory party of all the entries candidate to be award this June 10, 2018 at The Theatre, Solaire ,7:00PM with a lot of innovations. Bacause of all 110 nominee  receive a trophy in different category.

Chairman Jury Ricky Lee in his message that it is not the competition but a recognition that everyone have big role in helping the industry. Some celebrities present are: Yayo Aguila, Ricky Davao, Edgar Allan Guzman, Jojit Lorenzo, Bembol Roco, Dexter Doria, Mon Confiado, Allen Dizon, Julia Baretto, Joshua Garcia and others.

Meanwhile, the former president of FAMAS Angelo ” Eloy” Padua describe in three words the term nomination that “It’s an Honor” To be chosen on elite list of recognition. Simple means that nominee ranks the cream of the crop. Also present was Ms. Madonna Sanchez, the FAMAS Executive Producer.

One nominee for best actor, already won Best Actor at CINEMALAYA  is Noel M. Comia Jr, 13 from Batangas City in the movie Kiko Boksingero, Also nominee for original musical entitle Alaalarawan composed by Jungee Marcelo and sing by Noel. Started in 2010 in as commercial of Bonakids then active in theatre. He also 3 times Child Performets and Hall of Fame on Aliw Awards, 2018 Best Actor Broadway world for musical. And at present at in Channel 2 ” Your face sound familiar” 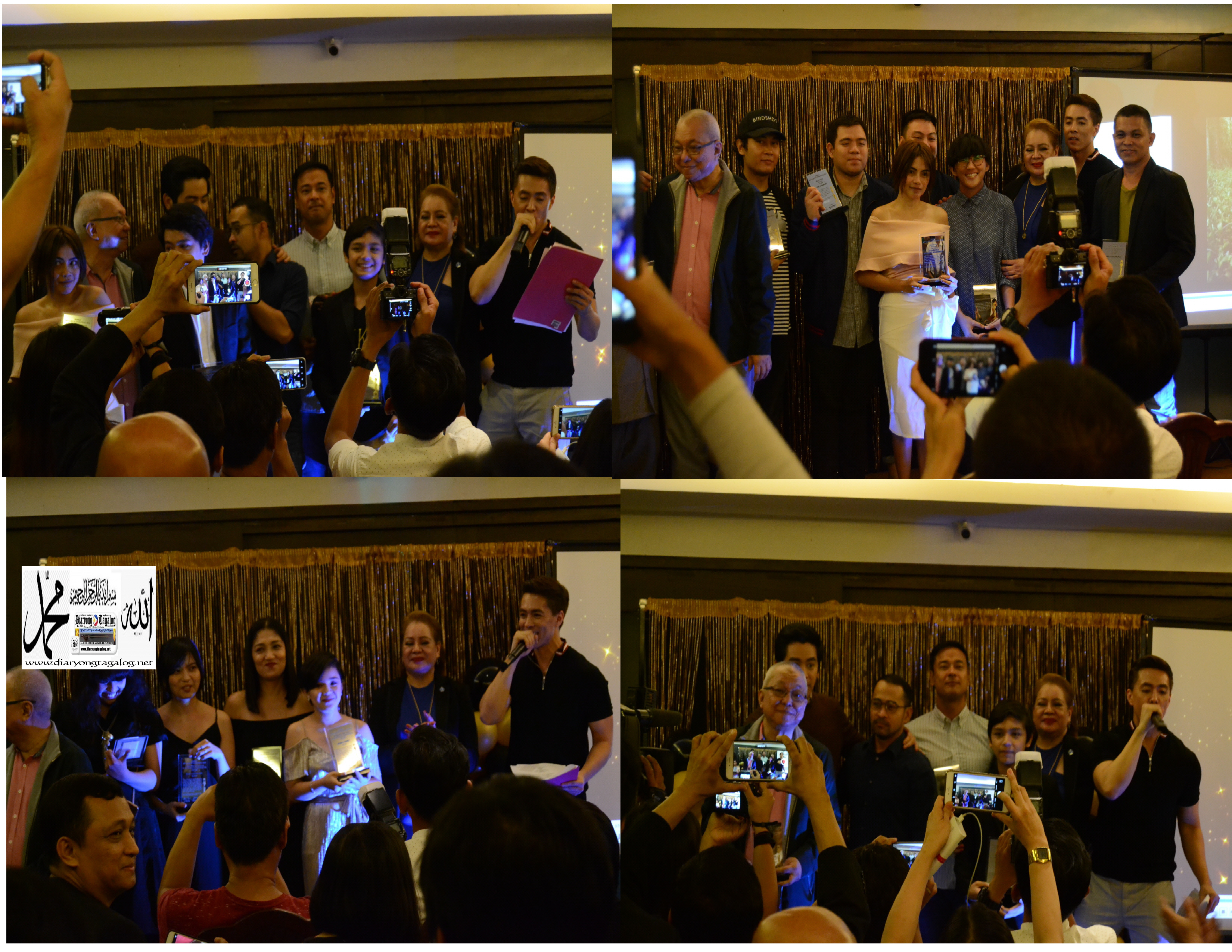 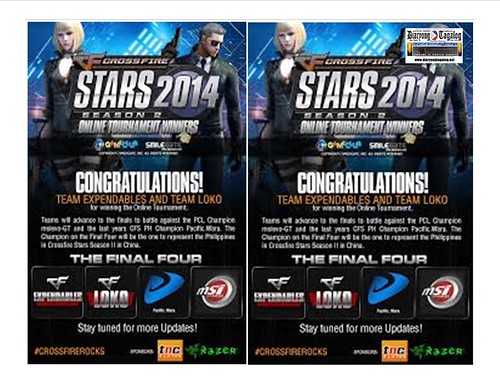 First of the four features games were Crossfire, considered as the world’s leading online FPS game. Started in the Philippines back in October of 2009 and published by Gameclub, it is one of the most played online FPS games around the world and with 5 million users and 400 million registered players now the game is available in 80 countries including China, Vietnam, north and south America and Europe.

Further it also holds the title of most popular online game in several regions and was featured in Forbes magazine lately as one of the Top Earning Free to Play Game last year 2013. When covered by the media, they found out that it is also one of the most popular among the attendees aside from the players.

www.diaryongtagalog.net personally interviews several individuals both male and female falling in line to participate in the event says that among the four games, they prefer Crossfire. Although there are some who ask for more than the four, male onlookers and gamers alike are mesmerized at the beauty of cosplay characters at the photo booth. 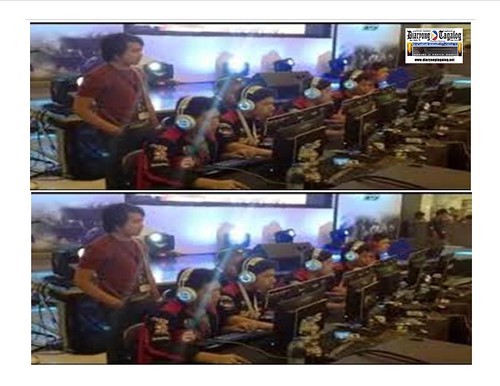 Another game among the four is Weapons of War, a vast multi player online RPG (role playing game) composed of five character classes with inimitable skills and abilities. Set in an ancient fantasy oriental world where players ride flying swords and utilizes martial arts and magic.

Players may group themselves together up to 100 individuals to take on large monsters in dungeons. It promotes friendship in castle siege and guild wars also they enjoy leisure activities like cooking and fishing.

The game Weapons of War was officially launched in November 2009 and the target players are at the ages of 13 to 35 years old. WOW is atypically a hack and slash, point and click game also known as Talisman Online. Originated in China, other countries like, Vietnam, Taiwan and Korea also embraced the game along with other countries around the world.

It is not a typical RPG because it can teach players about martial arts, ancient period although mythical and fictitious in nature but the artistic integration to the game makes it more exciting and fun to play. www.diaryongtagalog.net interviewed some of the mall goers at the cyberzone and most of them enjoy the event although they are not directly involved in it especially the band antipara when it performed. 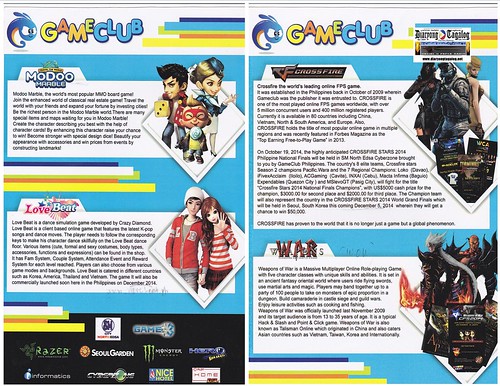 Third game featured is the MoDoo Marble.  Considerably tagged as the world’s most popular MMO board game, players are enticed to join in a world of classical real estate game where they get to travel the world with friends and expand their riches and money by investing in cities.

The player will aspire to be the richest person in Modoo Marble world, the tools are special maps and items waiting for the player in Modoo Marble much as they would be tasked to create a character that best described their personality through character cards.

Enhancing these characters will get them a chance of winning or become stronger through special design dice,  features to beautify the appearance of the avatar with accessories will also get the a chance to win prizes from events through landmark construction.

www.diaryongtagalog.net heard the game masters and understands that the game is a sort of enhanced version of the all-time classic favorite board game monopoly only with a twist. Teenagers and young adults that came to participate in the event very much appreciate the game as it is very familiar to what most of them enjoyed playing. 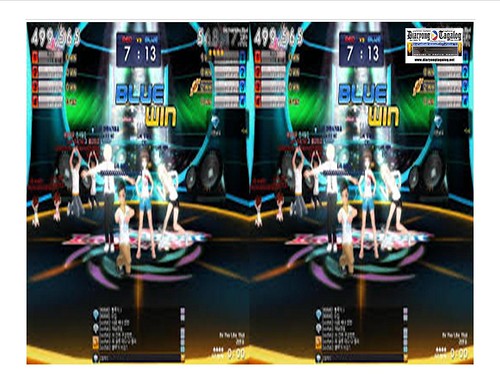 Last is the love beat dance simulation game developed by Crazy Diamond, a client based online game that features the latest k-pop songs and dance movies. The person who will play just need to follow instructions through corresponding keys that would make the avatar character dance skillfully on the love beat dance floor.

There are shops composed of various items (cute, formal and sexy costumes, body types, accessories, functions and expressions), also in the shops are Fam System, Couple System, attendance Event and Reward System in every level reached furthermore the players can chose from from various game modes and backgrounds it is played in different countries also like Korea, America, Thailand and Vietnam but it will be commercially launched here in the Philippines this December of 2014. People who have been interviewed by www.diaryongtagalog.net in the event expressed their anticipation and says that they could’nt wait for its formal launch///Michael Balaguer 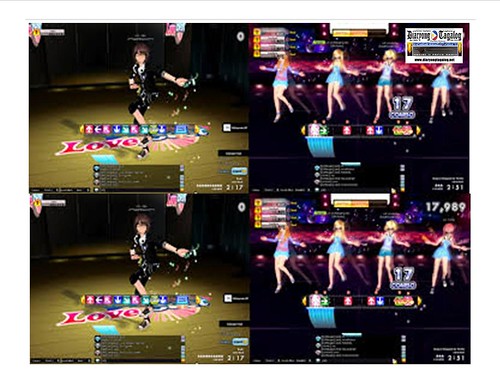