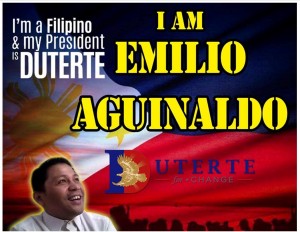 “parang ang sarap umuwi [kapag nanalo si Duterte]”—This is the statement of Aguinaldo,  an Overseas Filipino Worker in a video posted in Facebook encouraging fellow Filipinos to vote for Duterte-Cayetano before the election day.

The OFW, Aguinaldo (not his true identity) is in New York and is originally from Baguio City. The OFW shared his thoughts on the national election in social media a few hours before the start of the voting period and encouraged fellow Filipinos to vote for President-elect Rodrigo Duterte and Senator Alan Peter Cayetano in order to attain “true change”. 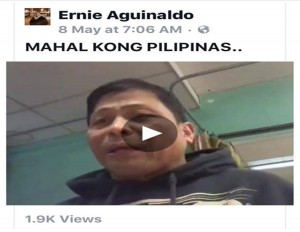 Aguinaldo urged Filipinos to choose Duterte over other candidates through specifying criticisms about them; he criticized Poe for renouncing her citizenship and emphasizing this with the fact that Poe’s family lives in the states. He critiqued Binay for being a politician who wants nothing else but control of power. And lastly, commented on Roxas claim that he is the man behind the existence and development of the call center industry in the Philippines.

Concern of an OFW

Aguinaldo, who also tried working here in the Philippines before going abroad, stated some of his concerns which pushed him to go leave his family in search for a stable job.  Primarily, it is the issue on scarcity of job opportunities in our country that caused him to look for jobs abroad. Then, he mentioned the bothering issue of corruption within the sectors of the government. Interestingly, Aguinaldo stated that the issues of the Filipino people are not answered by the government. He also inferred that this results to having constituents who do not have trust in their government.

Aguinaldo shares a strong sense of nationalism as he turns emotional by the end of the video hoping to have the chance to be with his family again, if in case Duterte wins. He has such strong faith that Duterte could deliver his promises and could provide better job opportunities to all Filipinos. He also believes that if Duterte wins, more OFWs will regain their lost faith in the government and will come home knowing that they will be able to sufficiently provide for their family in our own country.

For the future, for his family and love ones: He explained that these are the reasons why he is passionate in campaigning for Duterte and Cayetano. He concluded by asking fellow Filipinos to pray in order to be enlightened and decide on whom to vote for.

Watch his full video at:

On May 9, 2016, Filipinos around the world have exercised their right for suffrage; People of different faith, across the whole world decided among our political leaders who should win and take care of our country.

The results of the election in OFW precincts alone showed the massive support of OFWs for Mayor Duterte. Mayor Duterte won in Abu Dhabi garnering 52% of the total votes, 71% in Ottawa, 82% in Toronto, 73% in Dubai, 71% in Hongkong, 55% in Israel and 85% in Rome. Duterte also won more than 50% of the total votes from Milan, Jeddah, South Korea, Qatar, Tokyo, Spain, London, Lebanon, Osaka, Riyadh and Singapore.

With a total of 121,128 votes, Duterte won the 2016 Overseas Absentee Voting Results getting the majority of votes with an average of 72%.

“I will return the streets, the public places to you. I will die for you.” – Mayor Duterte

This pronouncement by Mayor Rodrigo Duterte is one of the most impactful statements he has made that made him win not only the hearts but also the votes of OFWs.

In a blog created by OFW Ion Gonzaga, several reasons why OFWs chose Duterte as their bet was listed. On top of the list is the OFWs general concern for Public Safety. Gonzaga explained that OFWs “feel unsafe and oppressed” in the Philippines today. With comparison to the country’s where they work, OFWs feel more positive and progressive. However, similar to Aguinaldo, Gonzaga believes that “It is an ultimate dream for OFWs to retire in the Philippines” and firmly believes that a leader—like Duterte— is the only individual who can bring back peace and order to our country and “peace of mind to its people”.

Moreover, Gonzaga pointed out that through Duterte’s vision of using Federalism as our type of government, the power of the national government would be distributed to all regions, thus, giving more opportunity for each locales to grow and prosper. He hopes to have a leader who can change the content of the Philippine news and media outlets stating that “We cannot keep worrying about our family and friends back home”. Gonzaga also lauded Duterte for his exemplary track record and strict approach of governance, even dubbing Duterte as “the people’s choice”.

More stories of OFWs posted on social media can be read showing support to President-elect Duterte. This trend has started as Duterte’s team, headed by his campaign manager Leoncio Evasco, announced on the start of the campaign period that they keep OFWs on the loop as they see them as an important sector in our country. As a result, more than 600,000 OFWs have signed up as campaign volunteers for President-elect Duterte during the campaign period.

How OFWs made Duterte win

But how can a small sector of the Filipinos affect the elections? Since majority of OFWs serve as breadwinners of their families, it is no wonder if they can easily ask their relatives here in the Philippines to vote for their selected candidate. There have also been several claims that Duterte’s camp encouraged OFWs to “produce 5 more votes from their families”.

Migrante party-list, a group of OFWs, stated that: “By now, it is clear that Filipinos overseas have put their stakes on him and hope that change will indeed come in relation to policies and practices that are detrimental to the rights and well being of Filipino migrants and families,”

With the hope that Duterte can carry out his promises in his first three months in office, OFWs celebrated his win by posting celebratory posts and even holding events after the Proclamation of winners last March 31.

Now that the transmission of government is about to begin, Filipinos like Aguinaldo and Gonzaga, and all over the world, specially here in the Philippines are excited and hopeful of the “change” that Duterte can bring in our motherland./// from ernie aguinaldo by berna guinto (baguio correspondent) 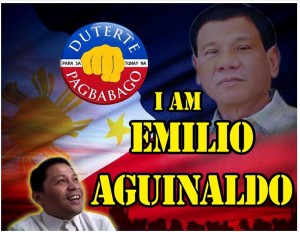 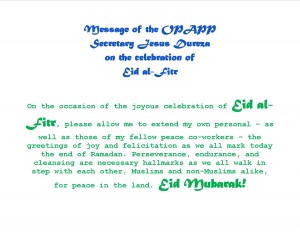 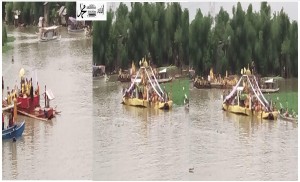