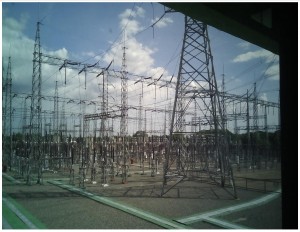 This year’s theme, “A Call For Climate Change Action,” was the focus of the three-part program, which tackled environment preservation, climate change and its relationship to sustainable business and development, and disaster risk reduction and preparedness.

Ms. Gina Tolentino-Ayson of the City Disaster & Risk Reduction Management Office of San Jose Del Monte (CDRRMO) reminded how lack of concern for the environment could lead to devastating consequences, and that preparedness is key in saving lives in the event of a disaster.

Assistant Mall Manager Arch. Nelson Lopez also shared how SM City San Jose Del Monte is currently adapting various sustainable business practices and renewable energy projects to mitigate climate change. Among these are the Skylight Ceiling and Clerestory that allow natural sunlight to flow inside the mall and the Exterior Insulation and Finishing System (EIFS) found in the mall’s exterior wall panels, which both help in energy conservation.

A No Smoking policy to reduce air pollution and a highly capable Waste Management System that follows the Reduce, Reuse, Recycle campaign of the DENR are also actively being implemented. 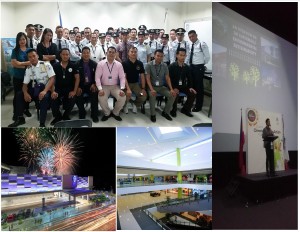