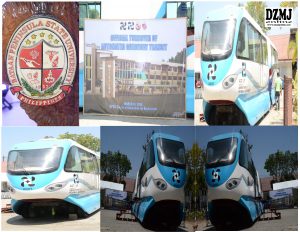 Muntinlupa City – As a preparatory workshop for the technology disclosure of the researches under the Tuklas Lunas Project, the Technology Application and Promotion of the Department of Science and Technology (DOST-TAPI) with the Philippine Council for Health Research and Development (DOST-PCHRD) organized the Consultancy Meeting on Basic Intellectual Property (IP) and Invention Disclosure on 07-08 March 2019 at the Vivere Hotel Alabang, Muntinlupa City.

The Tuklas Lunas Project strengthens health research in the regions by capacitating the health researchers as part of the Department’s goal in developing new drugs for tropical and other diseases.

“The significance of research output provides quality science- and technology-based solutions for problems faced by the country especially those that are health-related,” said DOST-PCHRD Executive Director Dr. Jaime C. Montoya.

Director Edgar I. Garcia, Dr. Jaime Montoya, and Atty. Bayani B. Loste with the facilitators and participants of the consultancy meeting on basic IP and invention disclosure on 07-08 March 2019 at the Vivere Hotel Alabang, Muntinlupa City

He added that translating the research outputs to technologies and products that can be used by the Filipino people is the priority of the Council.

The consultancy meeting created an opportunity for the discussion on basic researches disclosure for IP protection specifically on writing claims on IP applications.

Moreover, several researchers showed confidence in revealing their researches as their inquiries were answered and coaching were provided by IP experts.

“This event is a way to train our technology transfer officers and researchers to intensify the adoption of healthcare innovations which will benefit the Filipinos in the long run”, said DOST-TAPI Director Edgar I. Garcia. A total of 33 participants from the academe and the industry attended the event. DOST-TAPI S&T Media Service

Green groups to Nestlé: “Own up, pay up, clean up your act!”

MANILA, Philippines (April 10, 2019) — A day before Nestlé’s Annual General Meeting, over a hundred activists belonging to the global #breakfreefromplastic movement trooped to Nestlé’s Philippine headquarters today to demand accountability for their role in abetting the country’s plastic pollution crisis.

“For the longest time, companies like Nestlé have been passing on the costs and impacts of their plastic pollution to our people, communities, and environment. Their continuing reliance on single-use plastics for packaging their products has brought on terrible consequences for nature, marked by polluted beaches and suffering wildlife, not to mention potentially serious effects on our health,” said Sonia Mendoza, Chair of Mother Earth Foundation.

The Philippines, along with other Southeast Asian countries, are reeling from the impacts of plastic pollution brought about by the influx of products wrapped in sachets or smaller plastic packaging aimed at reaching lower income brackets in developing countries. However, communities and governments often bear the brunt of managing the disposal of these plastic packaging while multinational corporations’ continued production and use of single-use plastic packaging have been escaping scrutiny and accountability.

In brand audits conducted in coastal areas, as well as in cities and municipalities throughout the country, Nestlé’s throwaway plastic packaging outnumbered the amount of packaging from other manufacturers. In a five-year household waste assessment and brand audits conducted in seven cities and municipalities by MEF, Nestlé was found to be the top household plastic polluter, with Nestlé-branded packaging trash accounting for almost 15% of the total branded residual waste audited.

Further, waste and brand audits conducted in six Philippine and Indonesian hospitals in 2018 also found Nestle (along with Monde Nissin and Danone) as one of the top three biggest single-use plastic waste producers. Finally, in September 2017, #breakfreefromplastic member organizations in the Philippines conducted an unprecedented eight-day coastal cleanup, waste and brand audit on Freedom Island, a critical habitat for migratory birds off Manila Bay. The audit identified the top brands found to be polluting the island. Multinational corporations like Nestle led the top corporate plastic polluters ranking.

“It is totally unjust that Nestlé is passing the burden for managing what is essentially an unmanageable waste problem on our local governments and citizens. Why should taxpayers assume the pollution legacy of a multi-billion dollar company? Our government should start charging Nestlé and similar companies for their share of our waste management costs. Our taxes should be used to support educational, health and other social services for Filipinos, and not to cover up the pollution footprint of multinational companies,” said Aileen Lucero, National Coordinator of the Ecowaste Coalition.

In a briefing paper released today, the groups have estimated that the cost for the management of residual wastes (which is mostly single-use plastics) is around PHP 5.8 to 7.2 million per day, or around PHP 2.1 to 2.6 billion per year.

“Corporations like Nestlé must redesign their production and start investing in alternative packaging materials and delivery systems that are ecologically sustainable for the people and the planet. We also want to see clear targets and timelines from the company on how they intend to reduce their plastic footprint. It is lamentable that instead of prioritizing reduction measures, the company is still fixated in promoting false and controversial solutions like chemical recycling and pyrolysis to respond to this crisis. The time for greenwashing is over, Nestlé, it’s time to clean up your act!” added Beau Baconguis, Regional Plastics Campaigner of the Global Alliance for Incinerator Alternatives and Asia-Pacific coordinator of #breakfreefromplastic.

“We are here today because we have had enough. Nestlé claims to care about its plastic pollution, but has actually continued to increase its reliance on throwaway plastics. In 2018, the company produced 1.7 million metric tons of plastic packaging, which is a 13 percent increase from the 1.5 million metric tons they produced in 2017. While they claim to be taking this crisis seriously, their actions are not backing that up. As a major contributor to plastic pollution, Nestlé must take immediate action to reduce its production of throwaway packaging and invest in refill and reuse delivery systems for the sake of our planet,” added Abigail Aguilar, Greenpeace Southeast Asia – Philippines Campaigner.

Notes to the Editors:

In the Philippines, the National Solid Waste Management Commission (NSWMC) estimated that waste generation in the country in 2016 is at 40,000 tons per day (tpd). If we assume that all this goes to landfill, the cost for managing this waste is around PHP 32 million to 40 million daily. The NSWMC data cites that residuals comprise 18% of waste generated.

About BFFP – #breakfreefromplastic is a global movement envisioning a future free from plastic pollution. Since its launch in September 2016, over 1,400 non-governmental organizations from across the world have joined the movement to demand massive reductions in single-use plastics and to push for lasting solutions to the plastic pollution crisis. These organizations share the common values of environmental protection and social justice, which guide their work at the community level and represent a global, unified vision. www.breakfreefromplastic.org.