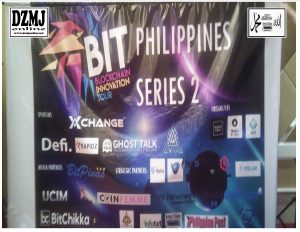 Manila, Philippines- ONE of the most promising technologies anticipated and most feared under the Fourth Industrial Revolution (FiRE) aside from Machine Learning, Artificial Intelligence, Nano Technology, internet of things, additive manufacturing or 3d printing and block chain as it falls under AI is also being feared by the financial sector.

But it has come a long way since the era of the Bitcoin where the technology has first been introduced, Ethereum and smart contracts made the technology catch the interest of mainstream finance stakeholders by which even today, some banks utilizes some sort of block chain technology incorporated in their system.

With this, the information dissemination regarding the technology has been in its fast forward, recently the Block Chain Innovation Tour Philippines spearheaded by Block Asia set their event at the Okada Hotel and casino last April 14 2019.

It aimed to connect south east Asian investors media and block chain communities all around the region and it is on their second leg, their first is last November 2018 also at Okada and after which they went to 5 countries, Singapore, Thailand Malaysia and Vietnam.

Block Chain Technology definitely is the wave of the future and stakeholders need not fear of its negative effect but through education should focus on its promising effect for a discentralize, wireless and paperless financial future.///Michael Balaguer, +639333816694, michaelbalaguer@diaryongtagalog.net