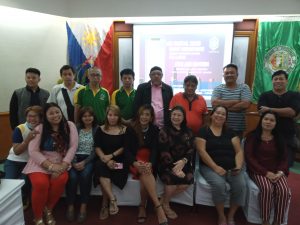 COGNIZANT to the birthday of former Senator Blas Ople, Bulacan’s highly revered Statesman, Diplomat and Lawmaker, tagged as the “Father of Philippine Labor Code” every February 3 is Bulacan’s National Holiday.

Coinciding with this special non-working holiday, a seminar regarding the Fourth Industrial Revolution (FIRe) was conducted at the Balagtas hall of the Hiyas Convention at the Provincial Capitol compound in Malolos.

Stakeholders from the business sector attended the two hour seminar on Blockchain, part of FIRe’s Internet of Things (IoT) the attendees were taught on how the current technology especially the crypto currency can help to propel their business to a higher level.

The venue is supported by the Provincial Government of Bulacan and both www.diaryongtagalog.net and www.dzmjonline.net were the media partners in the Information Education Campaign (IEC). Topics were decentralization, cyber security, bitcoin trading and definition of tokens.

In the seminar, aside from blockchain’s majoy role in business and finance the speaker also points out Unifinity’s roadmap on education and how the blockchain technology can be of help in schools, college and universities.

UNIFINITY celebrated the National Holiday of Bulacan through Promotion of Blockchain Technology with the group of entrepreneurs in Malolos, they also want to extend their gratitude to Bulacan governor Daniel R. Fernando for providing the venue amidst the National Holiday, his support on the technology for the Bulacan Entrepreneur is much appreciated.