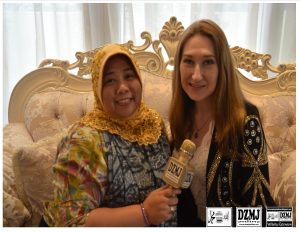 SELANGOR, MALAYSIA-BLOCK chain is the technology behind crypto currency. These are one of the emerging technologies most baby boomers were afraid of because they fear it will eat them up alive. As experts in the science community have said, borrowing the words of Dr. Gomez an Academician and member of the National Academy of Science and Technology Philippines (NAST) “If one technology dies, another one emerges”.

We are now at the forefront of the Fourth Industrial Revolution (FIRe), Nano Technology, Robotics, Artificial Intelligence and the Internet of Things by which the Block Chain Technology is based are one of those innovations perceived by some to be the gradual end of the current financial system which is not transparent and centralize. 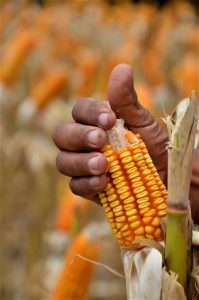 Corn is one of the important crops produced in the Philippines. In
Sablayan, Occidental Mindoro, producing yellow corn is one of the main
sources of livelihood among its farmers. However, one of the challenges
experienced by the Sablayan corn farmers is low corn productivity.

Around 70 percent of the farmers are producing below the national corn
production average of 3-4 metric tons (mt) per hectare. Due to lack
technical know-how and capital, some farmers are still following the
recommended management practices and the amount of fertilizers to be
applied. However, this changed when a research intervention, a
science-based approach in growing corn was introduced to them in 2017
through the project, “Community-based Participatory Action Research (CPAR)
on Yellow Corn Using Site-Specific Nutrient Management (SSNM)”.

SSNM is an approach that advocates the use of available organic nutrient
sources (e.g. crop residues and manures) and inorganic fertilizers to meet
the nutrient demand of a high-yielding crop. This means feeding crops with
nutrients as and only when needed. It employs tools to estimate the optimum
amount that organic nutrient sources can contribute to crop nutrition so
that only the deficit in nutrient need is satisfied with inorganic
fertilizer.

Funded by the Bureau of Agricultural Research (BAR), project aimed to
increase corn production from 5-8 mt per hectare, enhance the use of
biofertilizer and organic matter for corn, and introduce the SSNM to the
farmer-cooperators and other stakeholders are the objectives of the
project. Implemented in Brgys. San Vicente and Tagumpay in Sablayan, Occ.
Mindoro, 20 farmers, 10 from each barangay were identified as CPAR
farmer-cooperators.

During project implementation, farmers were taught on the rudiments of SSNM
and guided by using the Quick Guide for Fertilizing Hybrid Yellow Corn.
They were also trained on best management practices, including recommended
planting distance; fertilizer application schedule, which is based on SSNM
rate; pest and disease control, and harvesting.

“When you combined these protocols or best practices, one can be assured of
a good harvest” said by Jose Paquidongan, CPAR farmer-cooperator from Brgy.
Tagumpay.

Prior to becoming a full-time farmer, Paquidongan, 59, used to be an
employee of a multi-national hybrid seed company promoting the use of
various hybrid seeds across the country. Sometime in the 90s, his Manila
office sent him, on a short mission, to Occ. Mindoro to explore the island
and introduce hybrid seeds. Never did he realize that destiny has its own
calling.

In 2003, Paquidongan resigned from his job and went back to Mindoro to push
his luck and decided to settle down and follow the course of his destiny.
Backed by experience as a seed grower, Paquidongan became a full-time rice
and corn seed grower in Sablayan, and later formed a farmers’ cooperative.
In 2011, the local government of Mindoro recognized him as one of the most
outstanding farmers in the region.

According to Paquidongan, sometime in 2016, the DA-MIMAROPA and the
provincial government conducted a Participatory Rural Appraisal (PRA)
seminar in search of a farmer-partner who would qualify as
farmer-cooperator of the BAR-funded project on CPAR-SSNM. In 2017,
Paquidongan, along with the other 19 farmers became partners of the project. 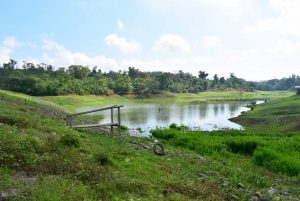 The project, which aimed to increase productivity of rice by introducing
cropping patterns and improving the existing water management system,
showcased various technologies during the field day.

In the CPAR model farms, three interventions were established to improve
water management based on Alternate Wetting and Drying (AWD). This served
as water saving technology for the introduced cropping patterns, hybrid
rice – hybrid rice – mungbean for the upstream part of the CPAR site, and
hybrid rice – watermelon in the tail end.

With reports from the project team and farmers on AWD, fertilizer
management, crop diversification, as well as product development and
marketing, the CPAR project showed success in its implementation. In fact,
prior to CPAR, farmers in Brgy. Lucban average a monthly income of around
Php 900 for inbred rice, with high cost of production. When CPAR was
introduced, their income increased to more than Php10,000 monthly.

Among the highlights of the program included the turnover of the CPAR
project to the LGU of Benito Soliven as part of the sustainability measures
of CPAR. Hon. Robert Lungan, municipal mayor of Benito Soliven has full
support in the CPAR project, appreciative of how CPAR turned the lives of
the farmers around in Benito Soliven. “*We will make sure CPAR flourishes
at magdadagdag pa tayo ng mas maraming magsasakang makikinabang dito*,”
Mayor Lungan mentioned.

With results of the project showing a 50-97 percent increase in production
and income, CPAR continues to be an effective means of community
transformation. *### (Daryl Lou A. Battad/DA-BAR)*