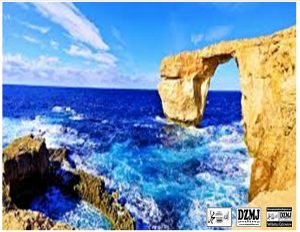 The World Digital Economic Expo, which was supposed to be held at the SMX Convention Center in SM Mall of Asia on the month of August, was formally moved to June 8-9 2020 and will be merged with Manila AI and Blockchain Summit to be co-organized by SIGMA and Vibe PH. It was meant for individuals and companies from various industries such as e-commerce, AI and IOT, fintech and blockchain to come together in this extraordinary event.

The move was made because of Vibe PH’s recent collaboration agreement with Sigma in co-organizing the event.

The collaboration came when SIGMA CEO Eman Pulis from Malta announced double summits for the Manila AI and Blockchain Summit. The summits are iGaming at the SMX Expo Centre and Blockchain and AI at the Conrad Hotel.

With this event, it was meant to showcase AI and blockchain technologies about the iGaming scene’s maturity. Eman Pulis was also present at PHIL-Asian Gaming Expo at SMX Convention Centre last July 12-14 2019. The event was an expo full of gaming companies showcasing their products to the visitors. Not only that, some of them are allowing visitors to take a test play in their platforms and some little entertainment in various booths.

She has travelled recently in Europe and Asian countries to attend and speak in various blockchain summits and conferences. Not only that, she is also doing the Crypto Massive Adoption Roadshow educational events that was being held in various universities in Makati, Cebu and Bacolod with her team.

With the upcoming Manila AI and blockchain summit on June 8-9 2020 to be organized by SIGMA and Vibe PH, expect that it would be one of the biggest events to be held in the Philippines that focuses on artificial intelligence and the disruptive blockchain technology.