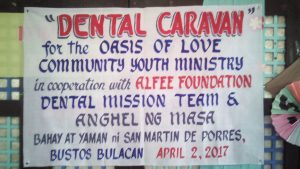 HEALTH Secretary Dr. Paulyn Jean B. Rosell-Ubial today administered the oath of office to two (2) new members of the Board of Directors of the Philippine Health Insurance Corporation (PhilHealth) in Pasig City.
Sworn into office were Dr. Roy B. Ferrer and Dr.Roberto M. Salvador Jr. during the Board’s meeting at the PhilHealth Head Office.  Ferrer takes over from Karen Ida Villanueva as representative of the Employers’ Sector, while Salvador assumes the reins from Atty. Noel Palomado as representative of PhilHealth members in the Formal Economy.
Ferrer is a BS Biology graduate from the Ateneo de Davao University and obtained his Doctor of Medicine degree from the Davao Medical School Foundation. He has a Master
of Science degree in Internal Medicine, Major in Diabetology from the University of the East Ramon Magsaysay Memorial Medical Center – Institute for Studies on Diabetes
Foundation. From Year 2000 up to his appointment as PhilHealth Board Member, Ferrer was a Medical Consultant at the Ricardo Limso Medical Center in Davao City. He worked as Medical Specialist from 1993 to 2009, and as Medical Officer IV at the Davao Medical Center from 1997 to 1999.  He was the President and Chief Executive Officer of Central Lab Diabetes, Wellness, Heart and Kidneys, Inc. and eventually became its Chief Finance Officer.
He is a Fellow and President of the Davao Chapter of the Philippine Society of Medical Specialists in Government Service, an affiliate society of the Philippine Medical Association (PMA).  For four(4) years, he also served as Board Member of the Stroke Society of the Philippines – Davao Chapter.
Salvador earned his Doctor of Medicine degree from the Manila Central University –FDTMF in Caloocan City. Before he was appointed as PhilHealth Board Member, he was a Medical Officer at the Bureau of Quarantine of the Department of Health. Earlier, he was a medical consultant for adult and pediatric infections and tropical diseases at the Castro General Hospital and Sto. Nino General Hospital, both in Bulacan; at the Sagrada Familia General Hospital in Pampanga; and at St. Lazarus Medical and Surgical Clinic in Sta. Cruz, Manila. (END)
CAPTIONS:
PHOTO 10842: Ubial (left) swears into office Ferrer(middle) and Salvador
PHOTO 10844: Ubial congratulates Ferrer as Salvador looks on
———————————————————

Dr. Celestina Ma. Jude P. De la Serna was elected today as the new Interim Officer-in-charge, President and Chief Executive Officer of the Philippine Health Insurance Corporation (PhilHealth).
In a Special Meeting held today at the PhilHealth Head Office in Pasig City, the Board of Directors unanimously voted de la Serna following the resignation of Dr. Hildegardes C. Dineros as Interim OIC-PCEO of the government agency.
He, however, remains as member of the Board representing the Informal Economy Sector.
In her message to the PhilHealth community today, Health Secretary and PhilHealth Chairperson Dr. Paulyn Jean B. Rosell-Ubial said that the Board “has a difficult task ahead’’ and that it needs to “fulfill its governance
mandate to keep PhilHealth strong to serve the poor.
”She also reiterated the Board’s commitment “to work towards a just and fair compensation for the entire PhilHealth work force” and“to do its legal duty of appointing able and competent senior officers who can bring solutions to the fore so that PhilHealth can fulfill its mandate to the poor.
”De la Serna is the appointive member of the PhilHealth
Board representing overseas Filipino migrant workers. She obtained her Doctor of Medicine degree from the De la Salle University in Dasmarinas, Cavite in 1989.
She worked at the De la Serna Clinic, a private health clinic based in Bohol province from 2002-2003, before becoming the Chief of Hospital of Maribojoc Community Hospital for two (2) years.
She was the Chief of Hospital of Cong. Natalio P. Castillo Sr. Memorial Hospital, also in Bohol. She has practical experience in hospital, emergency, home health and primary care. (END)