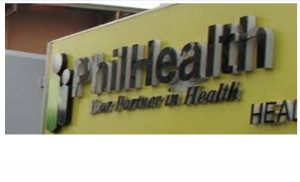 PhllHealth fully understands the sentiments of our OFWs regarding the Increase In premiums. We have explored several posslbllltles to cushion the Impact of the increase through flexible payment terms that are embodied In the recently published Clrcular. The Increased premium rates from 2.7596 to 3% in 2020 is in accordance with specific provlslons of Republic Act 11223 otherwise known as the Universal Health Care Act of 2019. These premium rates were announced last year in PhilHealth Circular No. 2019—0009 published In Nov. 23, 2019 entltled ’Premium Contribution Schedule in the National Health Insurance Program (NHIP)’ and further clarified by the recently published PhilHealth Circular No. 2020-0014.

The purpose of the Universal Health Care Act, as in other societies with the same program, 1s to provide affordable and adequate healthcare to all Filipinos. Such a program requires funding collected through premium contributions. In 2019, forty-four percent (4496) of the premiums were subsidized by the national government while the balance was collected from Individual members and their employers, where OFWs are counted. Benefits-wise, 369f› of beneficiaries were from the informal and private sector while 3796 were accounted for from the lndigents and senior citizens whose premiums were paid by the national government.

In the past some 10 to 12 million Filipinos — almost 12% of the national population – availed of health services from PhilHealth annually, ranging from natural childbirth to kidney transplants. Last year, with a collection from OFWs amounting to P 1.02 Billion (comprising 196 of premiums from direct contributors), OFWs claimed P 1.7 Billion in benefits with 699£ of claims attributed to their dependents in the country while 319a was claimed by overseas OFWs. Under the UHC Act, benefit coverage is planned to be increased and expanded so that more Flllplnos can be served better. This is the fundamental basis for the premium increase. These ambitious health goals must be supported by adequate funding collected through Increased premium rates.

Year 1 of UHC coincided with the unprecedented coronavirus disease 2019 pandemlc. Even wealthy nations — nations with highly vaunted health systems – are struggling to protect their citizens. The Philippines has not been spared from this scourge. To

.Recagnlzlng that everyone Is cash-strapped durlng these difficult times, and In the spirit of the recently passed” !\.. A. 11469 or the Bayanlhan We Heal As One Law which is. governments response.to the covld 19 pandemlc, PhlllJealth has adopted a flexible payment scheme which will allow OFWs -,and ali other dlrectly paylng seP-employed members – to pay their cóntributiońs withln .the year. As an agency of government, sensitive to the welfare and well-being of ali
. Filipinos, PhilHealth commlu to continue to explore means to soften and alleviate the Impact of
. ‘ premium rate. increase, but it cannot change the Law.