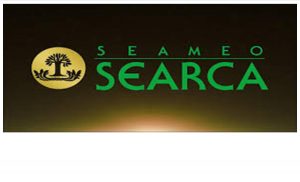 29 May 2020
Smallholder farms and agriculture-based small and medium enterprises (SMEs) stand to become more competitive and to connect with national and international markets when they form agricultural clusters, according to a regional think tank.

According to the Southeast Asian Regional Center for Graduate Study and Research in Agriculture (SEARCA), more than 80% of food produced and consumed in the developing world come from smallholder farms dominating Southeast Asia.

SEARCA Director Dr. Glenn B. Gregorio explained that at less than five hectares each, these smallholder farms are constrained by their remote and dispersed locations making access to modern technology, services, and information quite difficult. Limited knowledge of the market makes farmers rely on market intermediaries, or middlemen, which further reduce their profit. The farmers lose their competitiveness because of difficulty in accessing financial institutions, modern innovations, and bigger markets to boost their production and income.

The importance of the agricultural clustering approach has been identified as a major intervention in the Philippines to significantly improve yield and income from the agriculture sector according to Undersecretary Rodolfo V. Vicerra of the Department of Agriculture-Philippines, one of the co-authors of the policy paper.
“An effective agricultural cluster requires a strong market connection and value-adding networks that will aid the product flow and development within the market,” the SEARCA team pointed out.
The SEARCA team added that these connections and networks are interlocked by three linkages. First is the horizontal linkage that enables coordination and cooperation within farmer-to-farmer interaction. Second is the vertical linkage that spans the entire breadth of the value chain from production input suppliers to farmers, common production facility, agri-processor for value addition, agri-processor for final product, exporter, and importer. Third is the support linkage that consists of interventions such as training, investment, and subsidies provided by public, private or nongovernmental support service provider.

A study showed that vegetable farmers in Mindanao, Philippines had significantly increased their production of and income from sweet pepper, bitter gourd, squash, eggplant, chayote, tomato, Baguio beans, okra, and sword pepper after joining agricultural clusters. SEARCA noted that on the average, the farmers’ income from vegetable production increased by 47% from PHP 4,909/month to PHP 7,192/month.

Meanwhile, the diffusion of a new technology that increased production among cluster households was demonstrated by the Dong Lieu Root Crop Processing Cluster in Vietnam. While individual household processors were the core of the cluster, technology adoption was greatly influenced by linkages with local engineers within the cluster.

SEARCA thus recommends agricultural clusters as a strategic approach “to operationalize the appropriate channels at a scale necessary for it to have enhanced competitive strength to connect with national and international markets.”

He explained that an umbrella of programs and institutions to support agricultural clusters at the national level can be provided by government. Meanwhile, R&D institutions can serve as “cluster champions” to strengthen the technological capacity of cluster members and promote partnerships.
“Small is beautiful but big is powerful,” Dr. Gregorio asserted.

As many parts of the world remain in lockdown in an effort to stem the spread of the COVID-19, the Southeast Asian Regional Center for Graduate Study and Research in Agriculture (SEARCA) will launch a new webinar series to bring its learning events to its stakeholders and the general public via online media.

The SEARCA Online Learning and Virtual Engagement (SOLVE) is a webinar series that will highlight concrete actions in agriculture and rural development in Southeast Asia. SOLVE is SEARCA’s effort to break boundaries, both physical and conceptual, to strategically disseminate just-in-time solutions.

On its inaugural run on April 28, 2020, SOLVE will tackle pressing food security concerns during the COVID-19 pandemic and push the discussion towards solutions that work and successful strategies and innovations that matter.

According to the Committee on World Food Security (CFS), food security exists when “all people at all times, have physical, social and economic access to sufficient, safe and nutritious food that meets their dietary needs and food preferences for active and healthy life.”

In its first session, SOLVE will identify some concrete actions in the production, processing, marketing, retail, consumption, and disposal that would be relevant for the Philippines and Southeast Asia.

SEARCA Director Dr. Glenn B. Gregorio will give a talk titled “Rethinking food security, Sowing seeds of curiosity: What, Where and How for the Philippines and Southeast Asia.”

To provide concrete examples of what can be done at the farm level, Mr. Garry A. Hidalgo, General Manager of Farmers’ Factory, will share specific urban agriculture approaches like containerized and modular farming strategies.

Dr. Gregorio said “the implementation of SOLVE is SEARCA’s own way of channeling proven and tested solutions to a number of issues and problems in agriculture sector in general and farm operations in particular.”

He added that “solutions to these problems actually abound so we are offering SEARCA as a gateway for these information to be made more accessible by farmers, farming families, and farmer organizations.”

This affirms SEARCA’s commitment in the next five years to elevate the quality of life of agricultural families through sustainable livelihoods and access to modern networks and innovative markets.

In the midst of the COVID-19 pandemic, SEARCA will use its SOLVE webinar series as a venue to expound on the importance of transformational change to systemically revitalize agricultural systems and strengthen food systems.

The “new normal” brought about by the COVID-19 pandemic has firmed up SEARCA’s resolve to embark on new modalities and use technology-mediated platforms of interactions to effectively deliver context-relevant and valuable services to its stakeholders, including farmers and the public.

SEARCA Director Dr. Glenn B. Gregorio said SEARCA is pushing for the adoption of GAP in its newly published policy paper on the economic importance of the rice production sector in Vietnam, the extent of salinity and drought in the MRD, and how these are exacerbated by climate change-related hazards.

In the paper, SEARCA has noted the importance of rice production in MRD as the sector is a major engine of economic growth and poverty reduction in Vietnam. In the past 10 years, the MRD region accounts for about half of the total volume of Vietnam’s rice production. Moreover, the MRD contributes enormously to global rice trade as its production accounts for about 90% of the total volume of the Vietnam’s rice export.

However, the country’s rice production has declined due to the combined effects of salinity and drought. SEARCA said estimates have shown that 10 of the 13 provinces in the MRD have suffered severe drought and saltwater intrusion as a result of the decrease in upstream flow because of El Niño.

According to SEARCA, the onset of climate change and its related hazards have been observed to further exacerbate such negative effects of salinity to rice production in the MRD.

The think-tank also cautioned that that if the salinity remains systematically unabated, it will result to food insecurity and reduction of the rice industry’s competitiveness.

SEARCA thus recommends policy interventions both at the national and farm levels.

At the level of farm operation, SEARCA advocates the use of GAP in rice cultivated in saline coastal areas recommended by the International Rice Research Institute. The seven steps of GAP to higher rice yield are rice variety selection to use of high-quality seeds, seedbed management, field preparation, water management, fertilizer management, and timely harvesting schedule.

On the other hand, at the national level, SEARCA has called for an innovative system of integrated policy, services, technology, human capital development, and social community engagement to be supported and strengthened in Vietnam.

Moreover, SEARCA pointed out that even as major elements of a competitive rice sector are already in Vietnam, there is a need for further interventions related to rural infrastructure. The interventions SEARCA cited include irrigation system, effective transport and logistical systems, advisory services, weather and climate monitoring data systems.

SEARCA also highlighted the need for sustained promotion and support for research and development that must be geared towards the development and wider adoption of integrated rice farming technologies that ensure high productivity and resilience.