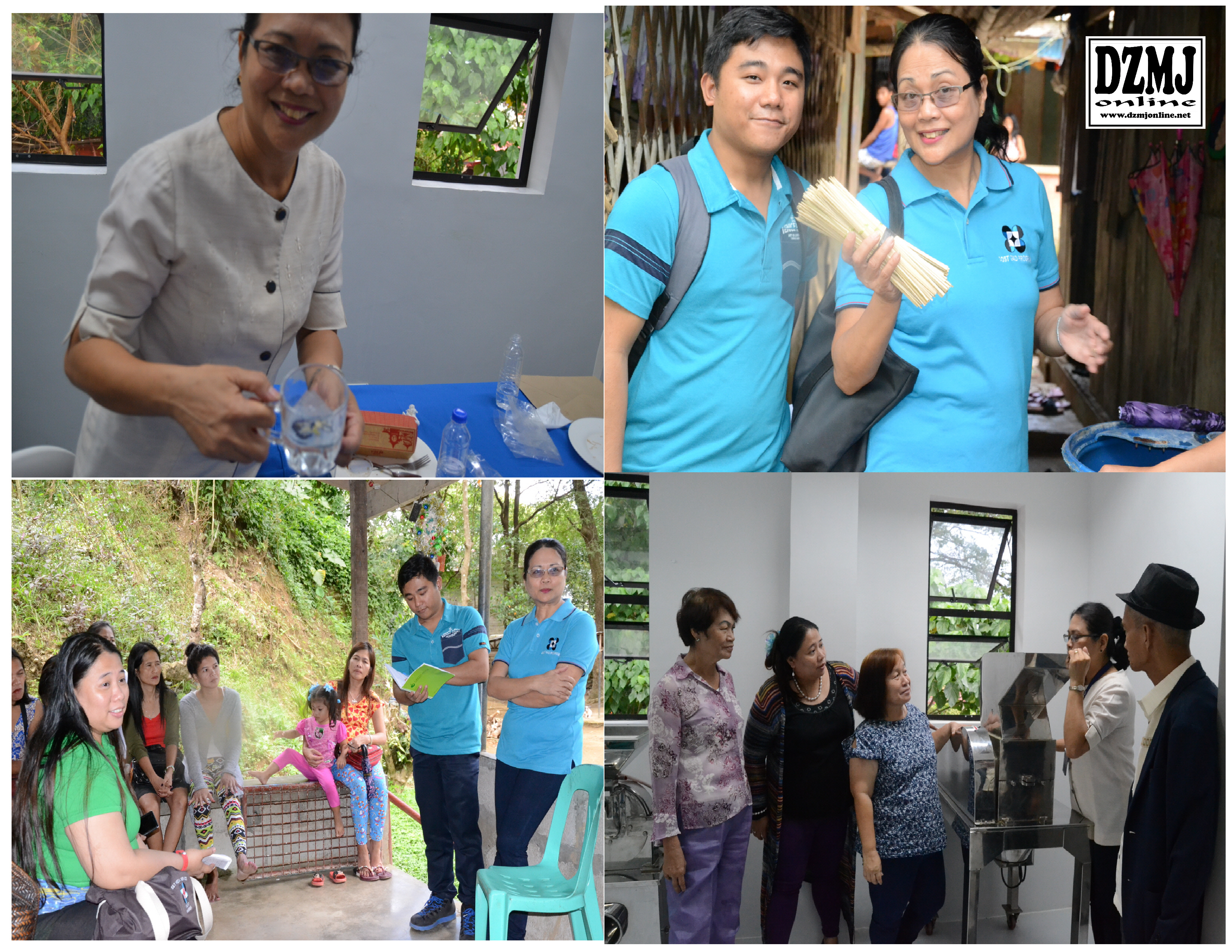 michael how to be u po 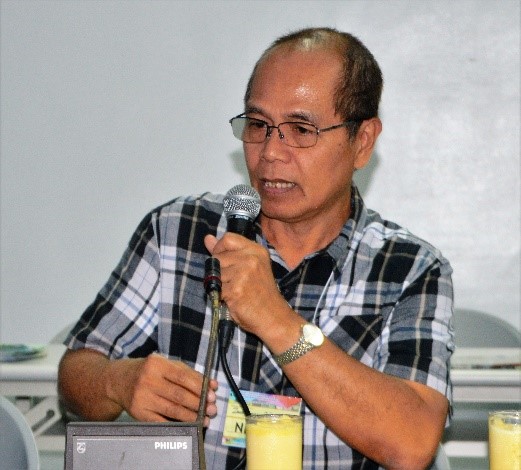 LOS BAÑOS, Laguna – Indigenous vegetables in the Philippines are being documented in a project being implemented by the University of the Philippines Los Baños (UPLB). The project is funded by the Philippine Council for Agriculture, Aquatic and Natural Resources Research and Development of the Department of Science and Technology (DOST-PCAARRD).
Prof. Nestor C. Altoveros of the Institute of Crop Science, College of Agriculture and Food Science (ICropS-CAFS), UPLB and his team documented various indigenous vegetables in the different parts of the country to discover how Filipinos utilize them as food.
A total of 104 indigenous vegetables have been identified in Ilocos Norte, Ilocos Sur, Capiz, Iloilo, and South Cotobato, while another 55 plant species are for verification. He also reported the intraspecific variation of roselle, amaranthus, lima bean, and ‘lupo’ in the said provinces.
Prof. Altoveros added that his team has collected 73 literatures from various sources and found that more than 208 species belonging to 100 genera are indigenous and are being utilized as food in the Philippines. The collected information is stored in two database management systems developed by the team consisting of primary and secondary data in production, conservation, utilization, and national and local literatures on indigenous vegetables.
To feature the project’s outputs and to showcase the different indigenous vegetables in the country, social media accounts were launched.
These findings were reported in a project review held recently at the BPK Function Room of DOST-PCAARRD, Los Baños, Laguna.
Renelle C. Yebron, Interim Head of the Monitoring and Evaluation Sub-Section of Crops Research Division (CRD), PCAARRD, congratulated the project team for the successful launching of the publications on ‘himbabao,’ ‘pako,’ ‘lubi-lubi,’ ‘lagikway,’ and ‘gabi’ during the 7th anniversary of DOST-PCAARRD.
The outputs of the project will contribute to one of the goals of the Industry Strategic S&T Program (ISP) for vegetables, which is to increase consumption of healthy and safe vegetables in the country.
The activity was also attended by representatives from CRD and Applied Communication Division (ACD) of PCAARRD and from UPLB ICropS-CAFS. (Joel Norman R. Panganiban, DOST-PCAARRD S&T Media Services) 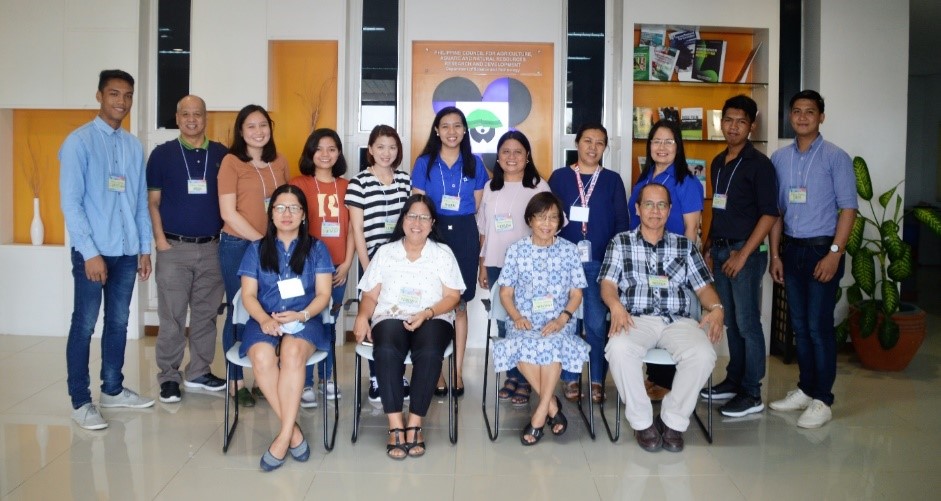 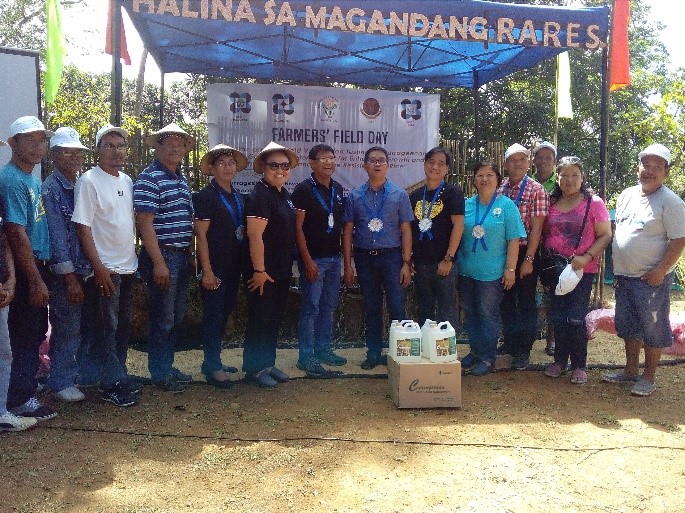 Carrageenan technology in rice showcased in Farmers’ Field Day
TANAY, Rizal – A farmers’ field day held recently in Cayumbay, Tanay, Rizal showcased the benefits of the carrageenan plant growth promoter (PGP) on rice.
The activity was part of the project titled, “Field Verification Testing of Carrageenan Plant Growth Promoter (PGP) for Enhanced Growth and Induced Pest and Disease Resistance in Rice.”
The Carrageenan PGP for Rice Farmers’ Field Day is one of the collaborative technology projects of the Department of Agriculture (DA), Department of Science and Technology (DOST), and the Philippine Council for Agriculture, Aquatic and Natural Resources Research and Development (DOST-PCAARRD).
Held at the DA – Rizal Agricultural Research Experimental Station (DA-RARES) in Cayumbay, Tanay, Rizal, the activity was participated by the project team from DA, DOST, DOST-PCAARRD, DOST-Philippine Nuclear Research Institute (DOST-PNRI), National Crop Protection Center of the University of the Philippines Los Baños (NCPC-UPLB), and farmers from the municipalities of Tanay, Pililia, and Jalajala, Rizal.
Headlining the event were DA Regional Field Office CALABARZON Regional Executive Director Arnel V. de Mesa; DA Regional Technical Director for Research and Regulations Engr. Elmer T. Ferry; DOST CALABARZON Regional Director Alexander R. Madrigal; DOST Rizal Provincial S&T Director Fernando E. Ablaza; DOST-PNRI Atomic Research Division Chief Dr. Lucille V. Abad; and DOST-PCAARRD Senior Science Research Specialist Angelito T. Carpio.
Farmer cooperators shared to the participants their experience with the technology. Marissa Finuliar, a farmer cooperator from Pililia, Rizal, reported 75% increase in yield obtained in her field after using Carrageenan PGP during 2018 wet season. The rice plants also exhibited stronger stems, longer roots, healthier tillers, and longer panicles, resulting in higher yields at lower input costs. Pest incidence was generally low in rice fields applied with Carrageenan PGP.  Finuliar hoped to get even better yield in the coming dry season.
Engr. Ferry expressed his appreciation to the entire project team for implementing the project, which is expected to enhance rice production and improve farmers’ income. Meanwhile, Carpio explained how the project came about and its importance in boosting rice production in the country and in helping farmers’ livelihood.
Dr. Abad, on the other hand, discussed the development of Carrageenan technology through research at DOST-PNRI, the efficacy of the product in rice farming, and its eventual commercialization.
Madrigal encouraged the farmers to believe in the technology as it would not only help their livelihood but the local economy as well, in the long run. This was seconded by de Mesa as he assured the farmers of DA’s support in the use and promotion of the Carrageenan PGP (Ma. Rosalie E. Lanceras, DOST-PCAARRD S&T Media Services). 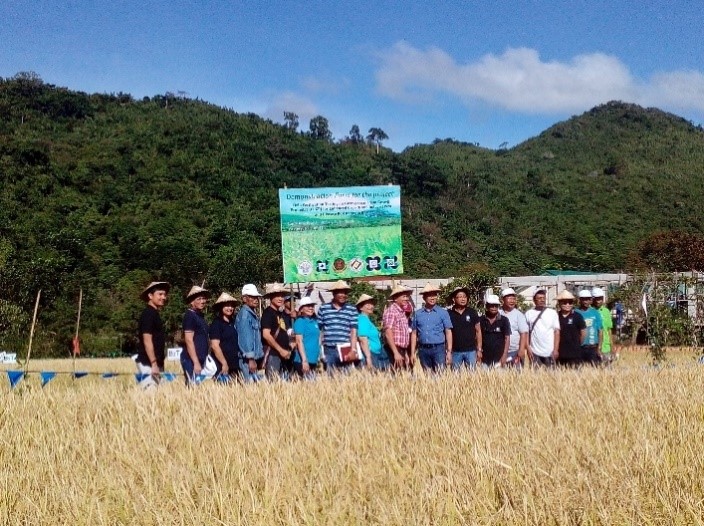