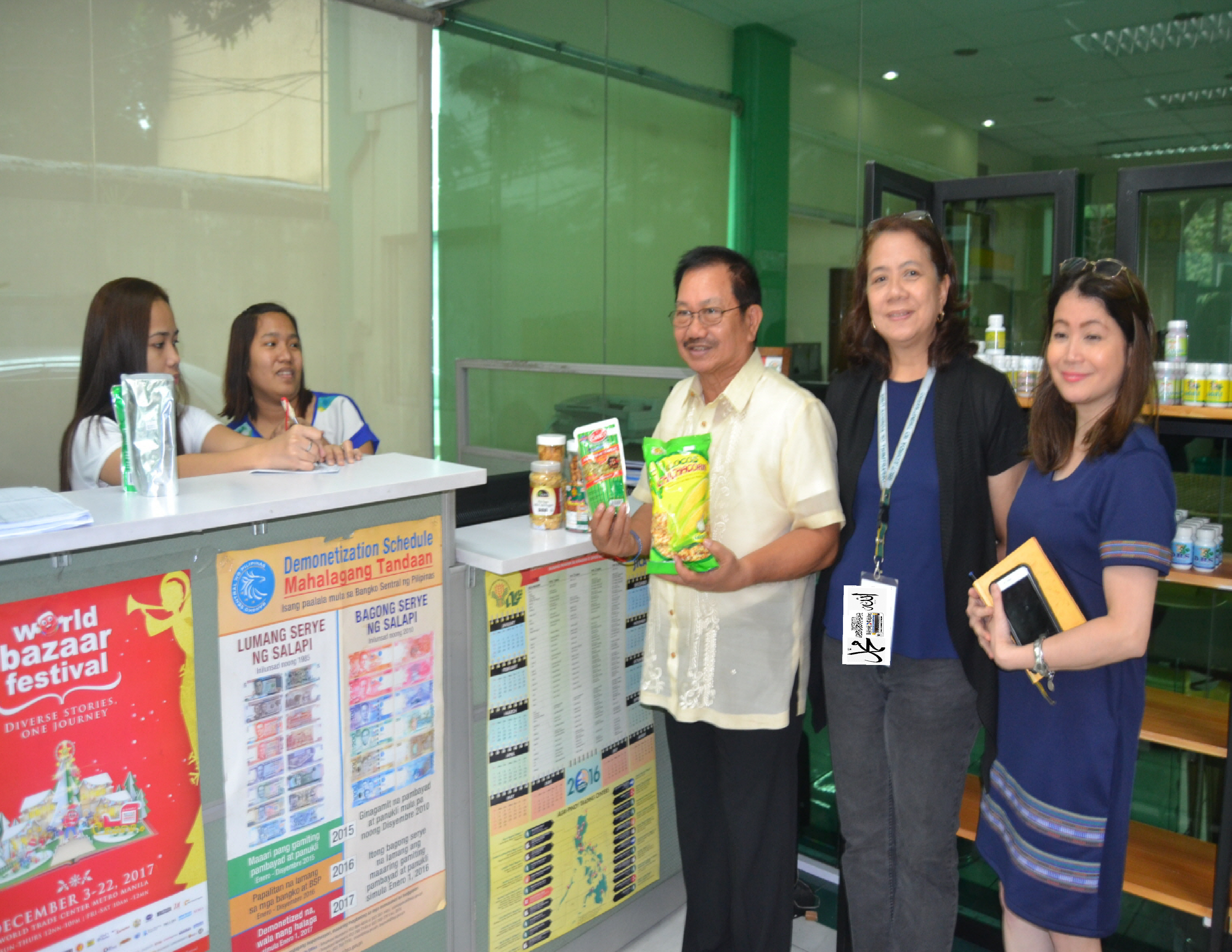 The Department of Agrarian Reform (DAR) considered the recent ceremony as special because it was the first CLOA distribution for 2018 and facilitated at the very hometown of President Rodrigo Roa Duterte.

Alongside the distribution of CLOAs was the formal installation of the farmer-beneficiaries inside the subject property.

A total of 26 CLOAs were distributed last Friday that covered around 16 hectares of land that previously belonged to the family of Milagros Reta.

“DAR’s responsibility does not end with CLOA distribution. We will continue to provide you with support services in order to boost your capabilities to further develop these lands,” said Director Leomides R. Villareal of Public Assistance and Media Relations Service (PAMRS) during the ceremony.

He also lauded the family who previously owned the land for offering the property for distribution to the farmer-beneficiaries.

Villareal also recognized the efforts of DAR officials and employees in Davao region headed by Regional Director Joseph Orilla that led to the installation of the farmer-beneficiaries inside their respective landholdings.

For his part, PARPO Gregorio also urged the farmer-beneficiaries to develop their lands.

He also warned them not to sell, lease or mortgage their lands and encouraged the beneficiaries to regularly pay their amortization at the Land Bank.

Gregorio urged the farmer-beneficiaries to strengthen their organization for the swift release and implementation of support programs and services.

Erlinda Carcueva, a 63-year old farmer was teary-eyed when she expressed gratitude to DAR and other stakeholders for the realization of their dreams.

“I’m so happy, my dream of owning the land finally came true. We can now plant whatever we want with this land,” she said in a local dialect.

“My children and grandchildren will never go hungry. I have something to leave them with when I’m gone,” another farmer leader, Josefina Ortiz said.

Last week, Secretary John R. Castriciones reminded DAR officials and employees of President Duterte’s mandate to work for the emancipation of poor farmers in the country.

“It is not enough to give our farmers lands to till, it is part of our mandate to persevere in uplifting their lives. To achieve this, we have to work as a team,” the DAR chief said. (DAR)

‘We’ll give our lives for our people’ – DAR chief

“WE WILL give ourselves to our people. We will give our time and efforts to them. We will perspire. That is the supreme sacrifice in public service – the giving of one’s life for others.”

Castriciones cited the remarkable 92-percent accomplishment of the Department in the provision of support services to agrarian reform beneficiaries (ARBs) last year.

This is the idea that I wanted to portray. The objective of our department is to give ourselves for our people. Instead of spending our time with our families, we will spend it for our people. It is only then that we can say that each of us is true to ourselves. And we will be able to truly live our lives meaningfully,” he said in a statement.

Castriciones, however, stressed that his office would not rest on its laurel as he seeks to eclipse this year the DAR’s accomplishment last year even as he exhorted his fellow Department officials and rank-and-file employees to give their all this year and the years to come.

“But first, we must immediately place our employees to their respective designated positions so that we can enhance their interests, their welfare in order for them to serve our department well in a better position,” he said, adding: “Rest assured that all of you will be placed, appointed to the positions you deserve so that we can eliminate altogether the demoralization that is creeping in our Department.”

Rank-and-file employees, however, have shown their commitment and dedication as they continue to raise the bar despite the lack of movement (promotion) for the past 15 years in the DAR.

“We cannot allow ourselves to be affected by this lack of movement or promotion(s) because we are fully aware of the people, the poor farmers, who are counting on us. We will continue to work for them. We cannot and will not let them down,” an employee, who spoke on condition of anonymity, said.

Bistoyong said she expects to reach out to more and more farmers after the DAR was allotted P1.2 billion for support services alone, more than four times greater than its budget of P288 million last year.

She said the DAR-Support Services Office would give more premiums this year on the provision of climate-change adaptive inputs, where the Department made some progress last year, having extended climate-resilient development intervention to 368 out of 555 target farmers, for an accomplishment rate of 66 percent.

Bistoyong also said that the DAR is expected to go full blast with its mechanization program as part of its development interventions among farmer-beneficiaries and non-beneficiaries.

Much of the assistance given to the farmers last year,

Bistoyong said, is in capacity development as in the case of the 471,550 ARBs and non-ARBs, a 124-percent accomplishment as it exceeded the 380,785 target ARBs and non-ARBs. The beneficiaries had undergone various trainings, either in new farming technology and/or in skills and livelihood programs.

She added that 159,603 individual ARBs were also provided credit and micro-finance services, far greater than their target of 138,972 ARBs, for a 115-percent accomplishment rate.

“We are fully aware that the perennial problem among our farmers is the lack of financial capital for farm inputs and off-farm business enterprises, and the need to upgrade their farming know-how. We know that there are still much to be done, a challenge that we intend to face head on for this year and the years to come,” Bistoyong said. (DAR)