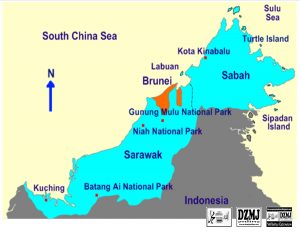 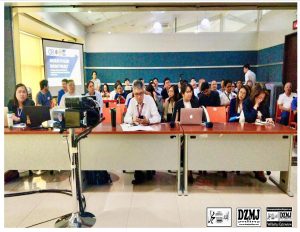 MANILA – With the construction of PNR Clark Phase 1 (Tutuban-Malolos leg) already in full swing, the opening of bids for three contract packages under PNR Clark Phase 2 (Malolos-Clark) commenced with a record high turnout at the headquarters of the Department of Budget and Management – Procurement Service (DBM-PS) in Manila yesterday, 27 August 2019.

According to Philippine National Railways (PNR) General Manager Junn Magno, the record turnout of bidders demonstrates the international infrastructure industry’s support to the Build, Build, Build Program of the Duterte administration, as well as their trust in the transparent, fair, and corruption-free bidding process jointly implemented by the Department of Transportation, PNR, and DBM-PS.

“We are very happy with the turnout of bidders for PNR Clark Phase 2. This vibrant participation from international and local companies is proof that they trust this government and the processes we institute. This is indeed a vote of confidence that we are doing things the right way, and soon, our countrymen will reap the benefits through improved mobility and connectivity,” GM Magno expressed.

PNR Clark Phase 2, which forms part of the NSCR, is a 53-kilometer rail line from Malolos, Bulacan to Clark, Pampanga. This will feature the country’s first airport express railway service. Once completed, it will allow commuters to reach the Clark International Airport from Buendia in Makati in just 55 minutes, compared to two hours by private vehicle via expressway. PNR Clark Phase 2 is also seen to accommodate 340,000 passengers in its opening year in 2022.

More contract packages are scheduled for bid submission and publication in the next months for the massive NSCR, which spans 147 kilometers and 37 stations. The PhP777.55-billion rail network project is co-financed by the ADB and the Japan International Cooperation Agency (JICA).

Bid submissions for Package 4 (8 kilometers with Clark International Airport Station) and Package 5 (Clark Depot) are slated on October 14. Start of bidding for 304 Commuter Train Cars, 56 Airport Express Train Cars, and Electromechanical Systems is scheduled in September through the fourth quarter of 2019. Meanwhile, bid submission for PNR Calamba Package 1 (1 kilometer with Blumentritt Station) is on November 5.

MANILA — The Department of Transportation (DOTr) assures to uphold fairness and impartiality in the conduct of an internal investigation on the tragic sea incident along the Iloilo-Guimaras Strait.

The DOTr, through the Philippine Coast Guard (PCG) and the Maritime Industry Authority (MARINA), has already commenced an inter-agency probe on the mishap.

The investigating body will focus on existing and applied protocols on the suspension of voyages of motorboats. It is expected to make recommendations on the refinement and strengthening of such protocols, as well as on the use of wooden hull motorboats.

DOTr Secretary Arthur Tugade has earlier ordered the relief of officials of PCG stations in Iloilo and Guimaras and MARINA Western Visayas Regional Office to ensure just and objective results of the investigation.

PCG Commandant Admiral Elson Hermogino noted that the administrative relief is an opportunity for concerned officials to properly present their case.

MARINA OIC Administrator Narciso Vingson Jr. assured that for the part of the agency, it will exert all efforts to ensure an exhaustive and transparent investigation.

“The relief is merely procedural in investigations such as this. Tinitiyak lang natin na hindi maiimpluwensyahan ang imbestigasyon, at sa halip ay magiging siyento porsyento itong patas. We owe this to the victims and their families,” Vingson stated.

Meanwhile, to address inter-island transport concerns, the DOTr has directed the MARINA to fast-track the release of permits for Roll-On/Roll-Off (Ro-Ro) fastcraft vessels to service the Iloilo-Guimaras route, while wooden hull motorboat trips remain suspended.

Secretary Tugade, who personally condoled with the victims’ kin on 07 August, has also previously instructed the MARINA, PCG, and the Philippine Ports Authority (PPA) to explore possible employment options for qualified family members as a way of assistance.