Going out for an early grocery run is now possible for residents of San Jose Del Monte City and nearby towns in Bulacan. Beginning June 17, 2016, SM Supermarket San Jose Del Monte will start its daily operations from 8:00 AM until 9:00 PM, giving customers two extra hours of shopping convenience.

This new directive aims to better serve the community by giving them ample time in the morning to shop for essentials and more.

There is so much to find at SM Supermarket: the freshest meats, fish, fruits, and produce; pantry requisites like seasonings and other ingredients for cooking and baking; breakfast goodies and snack items; toiletries, cleaning aids, and other important needs for the home; as well as a range of school and office supplies, apparel and accessories, and small home appliances. 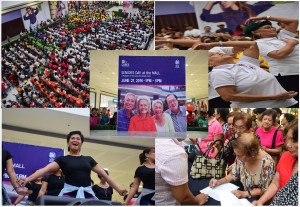 In a speech read by SM City San Jose Del Monte’s Human Resources Manager Ms. Mary Crizabelle Alberto on behalf of Mall Manager Arch. Dang Estrella, she quoted former US President Ronald Reagan saying: “For all they have achieved throughout life and for all they continue to accomplish, we owe older citizens our thanks and a heartfelt salute. We can best demonstrate our gratitude and esteem by making sure that our communities are good places in which to mature and grow older—places in which older people can participate to the fullest and can find the encouragement, acceptance, assistance, and services they need to continue to lead lives of independence and dignity.”

The monthly and quarterly activities at the mall would focus on various themes. Among them are the “Seniors Movement” where health and exercise activities like the Mall Walking Habit will be advanced; the “Seniors’ Forum,” which will educate senior citizens about their benefits and privileges under the Expanded Senior Citizens Act; the “Oldies But Techies” where they can learn about social media and computer technology; the “Oldietorium” where they get to share their personal stories with the youth through showcasing vintage possessions; and the “Elderpreneurship and Livelihood” activities, which could help get them started with small business opportunities.

One of the early initiatives of SM City San Jose Del Monte for senior citizens is the Senior Citizens Booth at the second floor near SM Cinema. It will be open every Tuesday beginning this July and will function as a satellite members’ assistance service center of the city’s Office of Senior Citizens’ Affairs./// sm city sjdmc 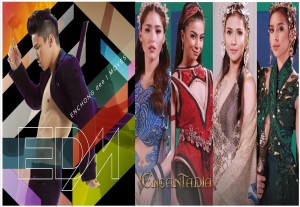 It seems the city of San Jose Del Monte is no longer just a place to come to when you are in need of a breather from the toxic Metro life—it is also a destination where fans can see their favorite stars and celebrities up close.

On July 2 at 4:00 PM, Kapamilya hunk Enchong Dee will make Bulakenyas swoon with his charming skills in singing and dancing. He is currently promoting his new dance album titled Enchong Dee Moves (EDM) as well as his latest romantic horror-comedy movie I Love You To Death, also starring young comedienne Kiray Celis, which will show in theaters nationwide on July 6.

On July 17, say “Avisala” and welcome the cast of GMA-7’s fantaserye remake Encantadia 2016. Meet the four ladies who will take on the iconic roles of Sang’gre Pirena, Amihan, Alena, and Danaya respectively—Glaiza De Castro, Kylie Padilla, Gabbi Garcia, and Sanya Lopez—as well as other surprise guests.

The following weekend will also be filled with good music as Awit award-winning singer Marion Aunor graces the stage with her soothing vocals on July 23.