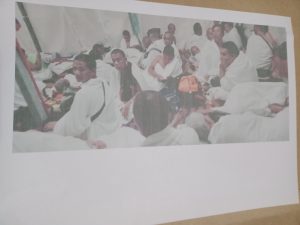 THE annual Hajj Pilgrimage should be treated both as sacred and humanitarian since it’s a part of Islam and a way of life to Muslim.
Recently, anomalies has been uncovered by the Muslim religious leaders called the Sheiks in regards to the NCMF’s treatment on the Pilgrim’s as they’ve arrived in Saudi Arabia.
As the year’s ‘Amerol Hajj” meant that the one in-charge of the Hajj, NCMF Sec. Saidamen B. Pangarungan is responsible on taking care of Pilgrims going on Hajj this 2020 and the stories told by the Sheiks are no different than those narrated by ordinary Muslim.
In a letter dated February 10, 2020 sent by Sheik Salim C. Sanihin, President of the ZamBaSulTa Murshid Association Inc. to Senator Bong Go, Chair of Senate Health and sports Committee. In their Manifesto, they reiterated the violations of RA 9997 which stipulates that the Filipino Hajj Pilgrim can choose the airline they want and they are worried of the high cost of the Hajj.
Ordinary pilgrim says that the place they were staying in Saudi Arabia are congested. Rooms fit for four persons has eight occupants making it unsuitable and a lot of additional cost is being shouldered by the pilgrim and the NCMF doesn’t even know where the places the pilgrim stays during the Hajj process collectively according to the 61 signatories of the Manifesto (with name, phone number, addresses and signatures) from Zamboanga, tawi-Tawi, Sulu, Basilan and Palawan. These was last year’s sentiments sine no one went on Hajj this year.
In these trying times of the COVID-19 pandemic, leaders should be held accountable.///abdul malik bin ismail, abdulmalikbinismail6875@gmail.com 09333816694

This was after said Local Government Units (LGUs) successfully passed the eligibility criteria of the Department of Interior and Local Government’s (DILG) Performance Challenge Fund (PCF) 2019.

Among the criteria are good performance in the areas of financial administration, disaster preparedness, social protection, peace and order, business friendliness, tourism, culture and the arts, and environmental protection.

In 2019, BARMM topped the spot in Mindanao with the highest number of LGUs, 28 in total, compliant to the SGLG criteria.

Meanwhile, this year’s SGLG awarding will be suspended according to Sinarimbo “because the focus of national government and the LGUs is diverted due to the Covid-19 pandemic.”

“This year, we will start checking and verifying prospective and potential awardees,” he added. 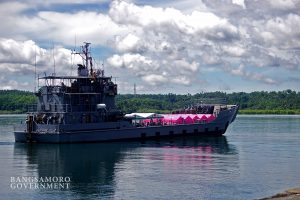 The individuals are among the first batch of the 405 LSIs who will be sent off to the island provinces of Basilan, Sulu, and Tawi-Tawi (BaSulTa).

Said 50 LSIs tested negative in Covid-19 swab testing and completed the 14-days quarantine in Sultan Kudarat, Maguindanao. They were sent home with the assistance of the Philippine Navy.

The remaining 355 BaSulTa bound LSIs who completed their 14 day quarantine period, and after following health protocols, will be sent off at the soonest possible time.

The 405 LSIs from Manila were originally bound for the island provinces but were rerouted to Cagayan de Oro City on July 7.
The Bangsamoro Government hired 17 buses to take them to Zamboanga City, which should have been the nearest port of entry to the island provinces. However due to circumstances beyond the control of the Bangsamoro Government, the buses had to be rerouted to Sultan Kudarat, Maguindanao.

Upon their arrival in Maguindanao, the Bangsamoro Government ensured their safety and welfare. They immediately underwent reverse transcription-polyemerase chain reaction (RT-PCR) testing.

The BARMM’s Ministry of Social Services and Development (MSSD) has been providing them with daily hot meals for breakfast, lunch, dinner, coffee, and drinking water.

At least four (4) MSSD workers have also been staying 24/7 at the isolation facilities in Maguindanao to provide psychosocial support for the LSIs and modified camp management.

Interior and Local Government Minister Atty. Naguib Sinarimbo, who represented Chief Minister Ahod Ebrahim, stressed during Wednesday’s sending off ceremony that the Bangsamoro Government will continuously help the LSIs and ensure their safe return to their respective provinces.

“It’s important that we keep the spirit of looking after the welfare of each one,” Sinarimbo said, adding that it is the duty of the regional government to help its constituents especially in times of crisis.

The MSSD and BARMM-READI (Rapid Emergency Action on Disaster Incidence) provided cash assistance worth of P5,000.00 to each individual, hygiene kits, and relief goods including 25 kilos of rice.