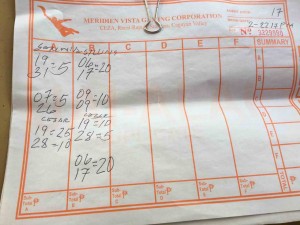 A total of 319,091 Filipinos nationwide became beneficiaries of the Philippine Charity Sweepstakes Office (PCSO)’s medical assistance program under the Duterte administration, a number which the agency expects to significantly increase this 2017, PCSO General Manager Alexander Balutan said on Sunday.
He said this number shows an increase of 27.7% from the number of beneficiaries in 2015, which came up to 249,751.
“From July to December 2016, the PCSO spent P17.633 billion for various health programs,” Balutan said.
The agency also spent P3.96 billion for documentary stamp taxes, P2.5 billion for jackpot prizes, P700 million for the shares of local government units, P6.44 million for the shares of STL partners, and P1.7 million for calamity funds, to make up a total of 25.61 billion pesos.
He reported the figures during the meeting with PCSO partners at Berjaya Hotel in Makati City where he also mentioned that medical assistance alone constituted more than 68 per cent of PCSO’s total charity spending.
He said the total retail receipts of PCSO from July to December 2016 from its various game products reached to P39.56 billion.
“The revenues came from PCSO’s lotto, KENO, and Sweepstakes (P33.1 billion), and Small Town Lottery (P6.46 billion), Balutan said. “We hope to increase our fund allocation for hospital assistance for 2017,” Balutan told PCSO partners.
Balutan has vowed to continue to reform and innovate PCSO’s charity games that will benefit more stakeholders.
“Changes that will have more significant impact for our gaming public and health beneficiaries,” he said. Balutan also noted that the PCSO revenues come from 10,180 partner agents
with a workforce of 1,183 employees in 56 branches nationwide. The agency was also in the process of adding 35 more STL agents nationwide. “We know our partner agents mean business, but business is charity,” Balutan said. “We appreciate the effort you exerted to strengthen our existing partnership,” he added.
Aside from assistance for medicines and medical supplies, the PCSO also has Medical and Dental Missions, Institutional Partnership Program, Endowment Fund Program, military and police Health Facilities Capability Building Project, Milk Feeding Program, Out Patient Services Program, Auxiliary
Ambulance Service, and the Ambulance Donation Program.
“We shall be purchasing better ambulance units this year to improve the government’s health services delivery system all over the country,” he said, noting the distribution of 406 ambulances in 2016.

Philippine Charity Sweepstakes Office (PCSO) General Manager Alexander Balutan has assured Local Government Units (LGUs) of higher shares from the expanded Small Town Lottery (STL) although they can no longer issue permits or licenses.
He said Authorized Agent Corporations (AACs) need not secure any business permit from local chief executives to play STL.
During a forum at the 2017 assembly of the League of Municipalities of the Philippines (LMP) held Tuesday at the Manila Hotel, some mayors proposed that an AAC who wants to play STL in their place should secure first a business permit from the municipal government.
“In as much as the PCSO wants to generate revenue through the STL, we mayors also want to generate revenue that would be derived from STL operation since this is being operated by a private business entity.
Therefore, this business entity should secure first a business permit from the municipal government,” Mayor Roberto Madla of Boac, Marinduque explained during the forum.
But PCSO Chairman Jose Jorge Corpuz insisted that the authorization PCSO gave to STL agents is enough.
“There is no need for AACs to secure business permit from the mayors. All permits issued by local officials for numbers game operators are illegal because the only legal numbers game in the country is STL,” Corpuz emphasized. Balutan also explained the long term benefits that the LGUs can derived from STL.
“The PCSO will help them, the STL offers substantially more benefits that they are getting now and it is legal too,” Balutan said. He added that the PCSO and LGUs can come up with more projects that will be more beneficial to the community.
Earlier, President Rodrigo Roa Duterte ordered the PCSO to increase its revenue to buy free medicines for the people.
“We can cooperate on so many projects. The President is particularly interested in health services. LGUs can use the PCSO for that purpose,” he said. “But the PCSO also needs to increase the collection of revenues to cater the health needs of the majority of Filipinos,” he added. Balutan stressed that under the law the PCSO lottery ticket sellers are
not required to secure business permits or licenses from LGUs.
“PCSO is even exempt from taxes, fees or charges on lotto outlets,” Balutan said.
He also assured local executives that the PCSO will not dictate them because they need their support in expanding the operation of STL in their jurisdiction. “PCSO will not dictate on LGUs. We need them as much as they need us,” he said.
On Wednesday, also during a forum hosted by the League of Governors, Balutan and Corpuz also assured the governors that the agency will work to increase the shares of provinces in STL operations. Corpuz made the remarks in response to the complaints of governors that with the new Implementing Rules and Regulation of STL, their shares decreased to .75%.
“Some governors promised to help us protect and promote STL. In return, we promised to improve their public services. Increasing their shares is the only beginning,” he said.

Stop jueteng, PCSO tells PNP
Philippine Charity Sweepstakes Office (PCSO) General Manager Alexander Balutan on Monday once more asked the Philippine National Police (PNP) to seriously crackdown against all forms of illegal gambling operations amidst persisting reports that jueteng lords continue to operate with impunity in defiance to President Rodrigo Duterte’s Executive Order No. 13.
Balutan said jueteng continues to thrive in some areas where there are already Authorized Agent Corporations (AACs) operating Small Town Lottery (STL. At the same time, PCSO Chairman Jose Jorge Corpuz has urged local chief executives to stop the operation of Meridien Vista Gaming Corporation
(MGVC) that is being used as jueteng front.
“We are calling all mayors of cities and municipalities to withdraw or revoke the permits they issued for or in behalf of Meridien considering that PCSO-STL is the only legal numbers game in the country,” Corpuz said.
Meridien, a firm believed to be owned by Filipino-Chinese Atong Ang but claiming he was just a consultant to the firm, was supposed to be operating only within the Cagayan Economic Zone Authority (CEZA) in Sta. Ana, Cagayan. But its operations extend into several provinces and cities in Luzon and even in Visayas.
With full support from Malacanang, PCSO has launched the expanded STL on February 1 with 56 AACs that could generate up to P27 billion of revenues for the government’s charity services to buy free medicines for all and for strengthening of health programs.
Balutan said the estimated amount could tremendously increase once PCSO approves 37 more STL bidders this year. He said the nationwide STL operation could also produce less than one
million jobs for less privileged citizens who could not pass standard job fairs.
In his letter dated January 24, 2017 sent to all provincial chiefs of the PNP’s Criminal Investigation and Detection Group (CIDG), Balutan identified the approved AAC to operate STL in their area.
Balutan said that STL is an alternative to illegal numbers games operation that provides additional opportunities for employment. “We are appealing for your full support for the success of the expansion of the STL operations and we trust that we can continue our good partnership,” Balutan said.
The PCSO and the PNP in late 2016 signed a memorandum of agreement, stating that the PNP is tasked to help combat illegal numbers games and prevent illegal gambling operations. The signing of EO 13 this month strengthens the PNP’s fight against all illegal gambling operations.
In fact, PNP chief General Ronald Dela Rosa has vowed to eradicate all forms of illegal numbers game and protect the government-sponsored STL. Dela Rosa also activated the “one strike policy” against police commanders who fails to stamp out illegal numbers game especially jueteng in their area.